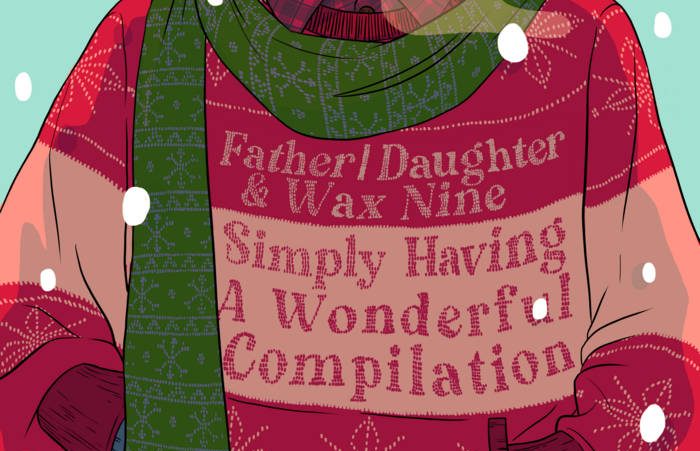 The holidays are going to look a little different for everyone this year. Whether you’re spending them holed up with your roommates or at home with your family, there are some traditions that just won’t be happening this holiday season. Fortunately for those of us expecting a visit from the jolly man in red, Christmas music is one trend that is inescapable.

“Last Christmas” by Wham! is a Christmas classic that has been covered by everyone from Ariana Grande to Carly Rae Jepsen. There’s something about the song’s seasonal blend of hope and melancholy that has continued to resonate over the years. This year Brooklyn grrrl Punk group Pom Pom Squad has thrown their hat into the ring as part of a charity compilation benefiting Feeding America. While other artists might have chosen to perform a straight adaptation of this classic tune, Pom Pom Squad crafted a version they can proudly call their own.

From the start of the track Pom Pom Squad begins to craft an atmosphere that somehow manages to be more seasonal than the original. The swirling backtrack played over the song’s iconic instrumentals almost conjures the image of walking alone through the snowfall. The track’s dreamy back layer mixed with guitarist Alex Mercuri’s resonating guitar tones and the smooth stylings of bassist Mari Alé Figeman blend together into a beautiful holiday-themed haze. Fitting with the dreamy atmosphere, vocalist Mia Berrin’s voice resonates with the same hints of melancholy that made the original track a hit.

Where George Michael and many other artists leaned into the track’s feelings of loneliness, Berrin’s rendition has a more nostalgic edge. You can almost hear a sad smile in her voice as Berrin sings “But if you kissed me now, I know you’d fool me again.” The whole performance captures a more timid take on the track that feels more like a quiet self-loathing rather than a declaration of heartache.

To add more emotional punch to their cover, Pom Pom Squad leaves out Michael’s statement of catharsis about finding real love. Berrin instead takes a quiet moment alone with the chorus that reads like a tear-ridden promise. However, all the sadness is forgotten by the end of the track as the spoken outro softly proclaims, “Merry Christmas to you and yours. God bless us everyone, bitch!”

This version of “Last Christmas” is available for purchase as part of the Simply Having a Wonderful Compilation assembled in collaboration between Father Daughter records and Wax Nine Records. Featuring covers and originals from Illuminati Hotties, Bacchae and Pronoun, sales of the compilation will benefit Feeding America. The compilation is available for download on the Father Daughter Records Bandcamp page.

Alongside this track, Pom Pom Squad has crafted an original song for the season, “Hello Santa Claus.” The song is available for stream on all major platforms alongside a music video available on Youtube.