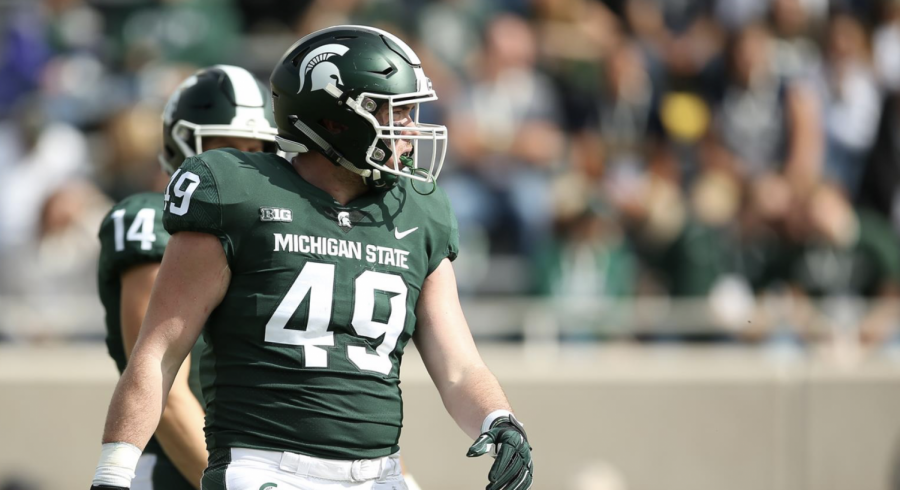 Rosenthal is one of 10 players that has recently entered his name in the transfer portal. On Monday, Julian Barnett and Devontae Dobbs, both of whom entered their names in the portal on Dec. 21, formally transferred to Memphis.

Rosenthal, who hasn’t played a snap this season after sustaining an injury in the 2019 Pinstripe Bowl, appeared in 20 career games at MSU.  He has scored two career touchdowns, including a 1-yard touchdown catch against Michigan in 2019.

Rosenthal appeared in 12 games in 2019 and started against Michigan and Maryland. The redshirt junior also appeared in eight games in 2018, logging 85 snaps at fullback.

Rosenthal was recruited out of Winnetka, Illinois, despite being a lower-rated prospect. He played tight end, fullback, running back and inside linebacker at New Trier High School (Winnetka, Ill.).

With Rosenthal in the portal, the Spartans have eight players exploring other options, including quarterback Rocky Lombardi, linebacker Jeslord Boateng, running back Anthony Williams Jr. and corner Davion Williams.