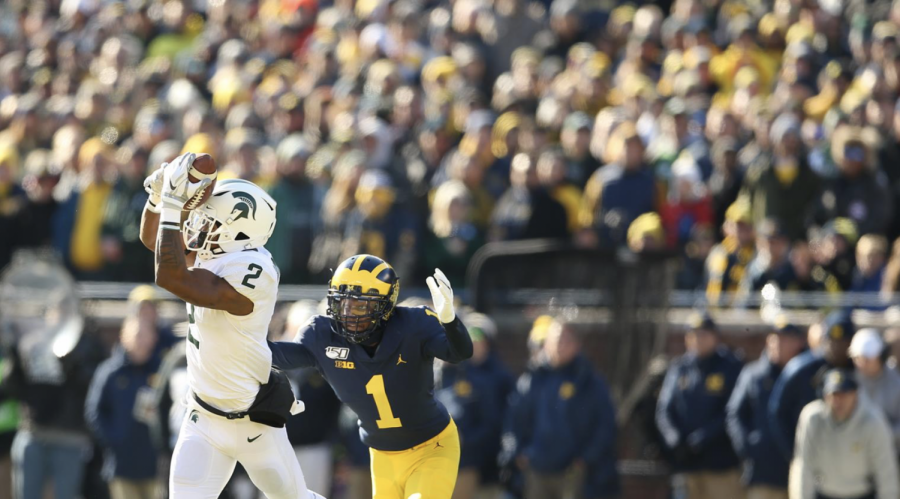 Both players announced Monday that they would be transferring to Memphis.

Thank you Michigan State! Here to take the time out to say that I will be continuing my academic and athletic career at The University of Memphis!🙏🏽💙 #gotigersgo pic.twitter.com/6cqMHqVKnl

Thank you to all the coaches who have reached out for recruitment! At this time I would like to announce that I will be continuing my educational and athletic career at University of Memphis. #gotigers pic.twitter.com/LAZrQTmu5U

— Devontae Dobbs (@Devontae_Dobbs) December 21, 2020
Dobbs and Barnett were the two highest-rated recruits in the 2019 recruiting class for the Spartans. They both were four-star recruits who played at Belleville High School (Belleville, Mich.).  Dobbs was rated by 247Sports as the No. 2 overall player in Michigan, while Barnett came in at No. 3.

Barnett had 13 catches for 182 yards last season in addition to three kick returns for 36 yards. He was moved from receiver to cornerback in the offseason.

Dobbs played in four games a year ago, including a start against Rutgers. This season, he struggled with injuries and didn’t appear in a game.

The Spartans currently have seven players, including quarterback Rocky Lombardi, still in the transfer portal.