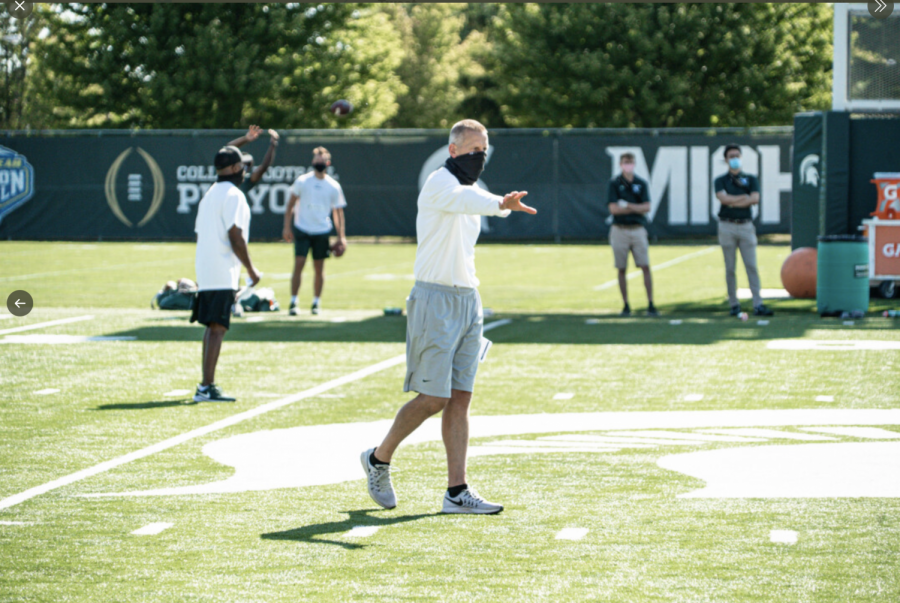 EAST LANSING — It’s hard to think of a team that has used the transfer portal more lately than Michigan State.

Thank you everyone for the continued support! The next chapter begins. 💚 #DAWG pic.twitter.com/9EBFUGtLiC

— Jarrett Horst (@bmocj77) December 20, 2020
Horst started every game at left tackle for the Red Wolves in 2019. He was named to the third-team All-Sun Belt last season and was also named to the Outland Trophy Watch list before the season. The Outland Trophy is awarded annually to the best interior offensive lineman in college football.

Horst played his freshman football season at Ellsworth Community College (Iowa Falls, Iowa) before transferring to Arkansas State. He was recruited out of Ellsworth by Toledo, Buffalo, Nebraska, Indiana, Cincinnati, UMass and Troy, among others.

With redshirt senior offensive tackle AJ Arcuri possibly deciding to forego his extra year of eligibility, Horst is a player who could slide over and start at left tackle next season. Horst, at 6-foot-6 and 305 pounds, also has the necessary size to slide inside and potentially gain a starting spot on the interior.

The Spartans’ activity within the transfer portal has been going at a rapid pace as of late. MSU has had several key players, including quarterback Rocky Lombardi, cornerbacks Julian Barnett and Davion Williams, offensive lineman Devontae Dobbs and linebacker Jeslord Boateng enter the portal over the last week.