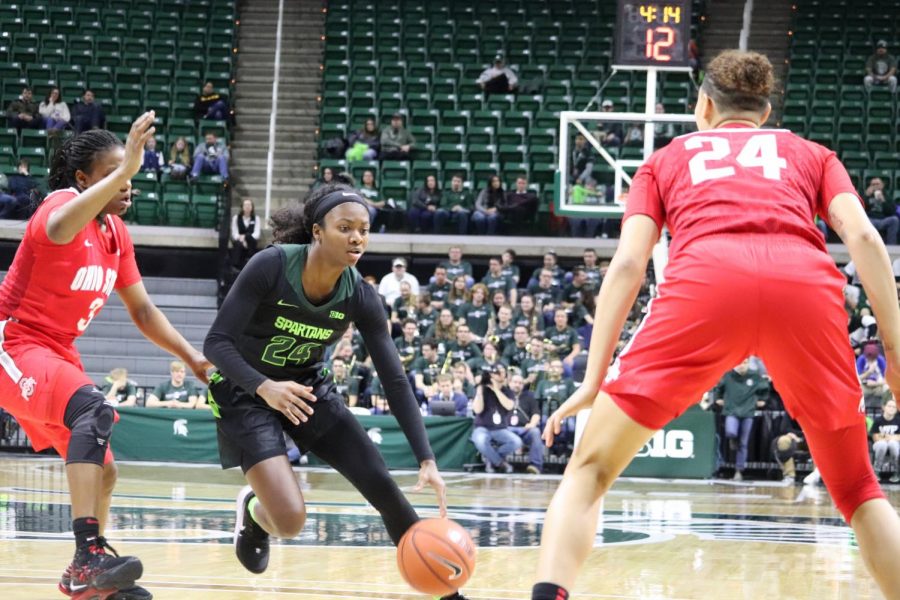 EAST LANSING — The originally-scheduled Michigan State vs. Ohio State women’s basketball game has been postponed due to COVID-19 issues within the Buckeyes’ program.

The game was supposed to be on Dec. 31 and would’ve been the return to Big Ten play for the Spartans.

This is the first game that has been canceled for the Spartans women’s team because of two positive tests in the Buckeyes program. Earlier this month, the men’s game vs. Virginia was postponed because of positive COVID-19 tests within the Cavaliers’ program. The Spartans’ football team had both games vs. Maryland canceled as well this season.

There is no official decision on whether teams will attempt to reschedule the game. MSU is set to play Northern Illinois at the Breslin Center on Sunday at 3 p.m.