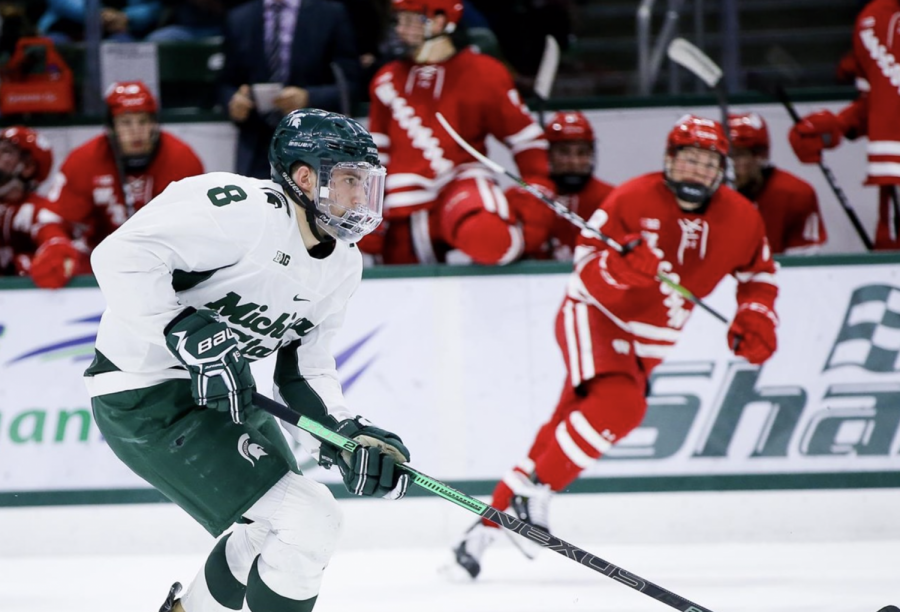 The Big Ten announced the remaining conference schedule for the 2020-21 hockey season on Friday. The Michigan State Spartans (2-3-1) announced its remaining games for the regular season to begin in January.

The Spartans will have played eight games this season before the calendar flips to 2021, meaning that the final 20 games of Michigan State’s regular season will be played over a 66-day span.

January will be an especially difficult month for the Spartans. They will play 10 games in 28 days—four of those games are against currently ranked teams.

The Spartans will get two of their four games against current No. 6 Michigan in that span. The two will meet on Jan. 8 to play in Ann Arbor, then conclude the series the following night in East Lansing.

After the busy January slate, the Spartans get a 14-day lull period in the schedule where they will only play one game: another matchup against the Wolverines in Ann Arbor.

During the month of February, Michigan State will play seven games against four different opponents—all of which are either currently ranked or have received votes.

On Feb. 14-15 Michigan State will play its final two non-conference games at home against Arizona State. Michigan State went 1-0-1 against the Sun Devils back in November to open the season.

Michigan State will play its final away series of the season on February 19-20 against No. 1 Minnesota at Mariucci Arena on the Olympic-sized ice sheet.

After the Minnesota series, Michigan State will host a five-game home stand to end the regular season against Notre Dame, Wisconsin and Michigan.

The Wisconsin series on March 5-6 will be the makeup games that were supposed to be played in East Lansing on Dec. 8-9. The games were canceled due to COVID-19 cases within Wisconsin’s program.

The Spartans will conclude the regular season on March 10 with a single game at home against Michigan.

The Big Ten tournament will be played on March 18-20, at a location that has not yet been announced.