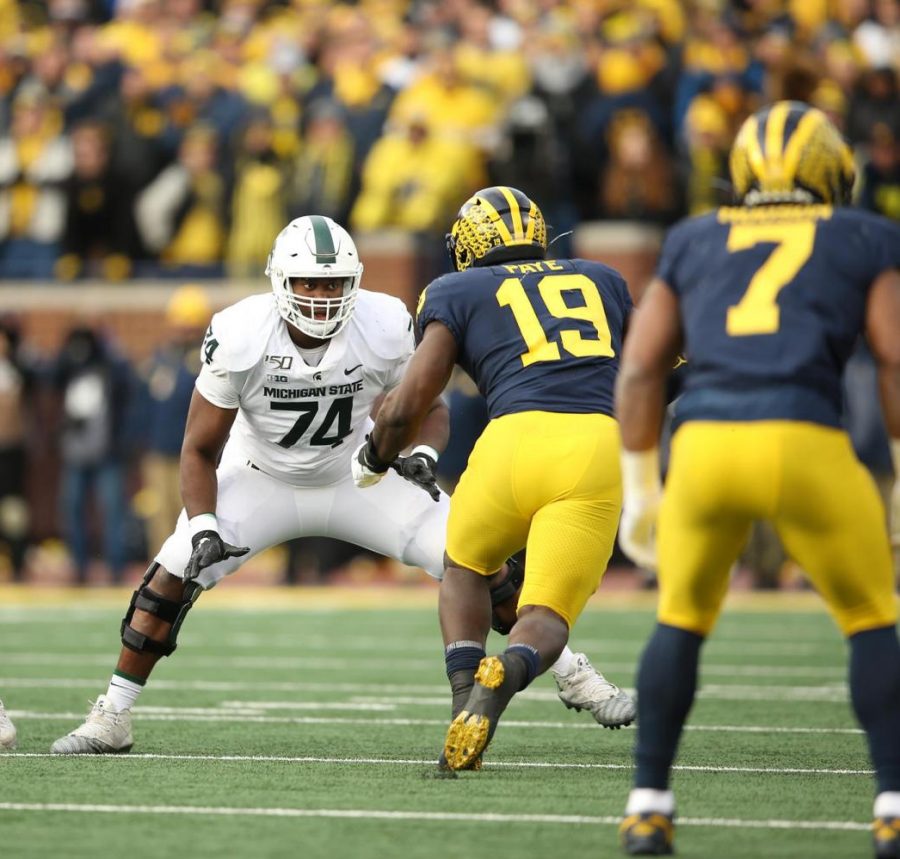 Dobbs was MSU’s highest-ranked recruit in the 2019 class out of Belleville High School in Michigan. He was ranked No. 51 in the nation overall, No. 1 at his position of offensive guard, and the No. 2 prospect in the state of Michigan. As a freshman, Dobbs made four appearances and a start, while in a shortened 2020, he never saw the field.

Just this week, the Spartans have added two players from the transfer portal, including former Temple quarterback Anthony Russo. Dobbs now joins his teammates, cornerback Julian Barnett and linebacker Luke Fulton, in the transfer portal which was instituted in 2018 to provide student-athletes with a way to seek out more options after declaring a transfer and allow for more of a recruitment process to take place.

The top three prospects from former coach Mark Dantonio’s 2019 recruiting class have now all opted to transfer before the end of 2020.