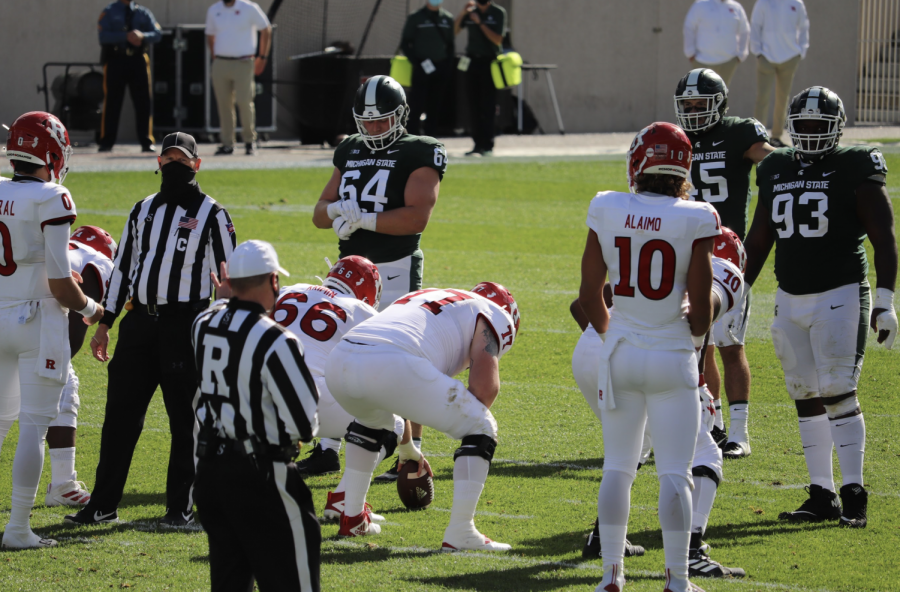 Thankful for it all 💚 pic.twitter.com/YNH3UnHYlF

— Naquan Jones 9️⃣3️⃣ (@thealmightynay) December 16, 2020
In a statement on his Twitter, Jones said how it has always been a goal of his to play in the NFL.

“Playing professional football has always been my ultimate goal, and passion and Michigan State University has put me in the best position to make that possible,” Jones said in the statement.

Jones also thanked all of his coaches, teammates, and the Michigan State community and fans for helping him get to the point where he felt comfortable making this decision.

“As I enter the next journey of my life, I want everyone to know that I will FOREVER bleed green and do my best to positively represent Spartans,” Jones said. “I am thankful for all of the amazing memories.”

The senior defensive tackle joins MSU cornerback Shakur Brown in entering the NFL Draft. With one last game against Maryland,  if Jones chooses to play, it will most likely be his last time suiting up for the Spartans.

MSU has had at least one player drafted every year since 1941, which is one of the longest streaks in the nation.