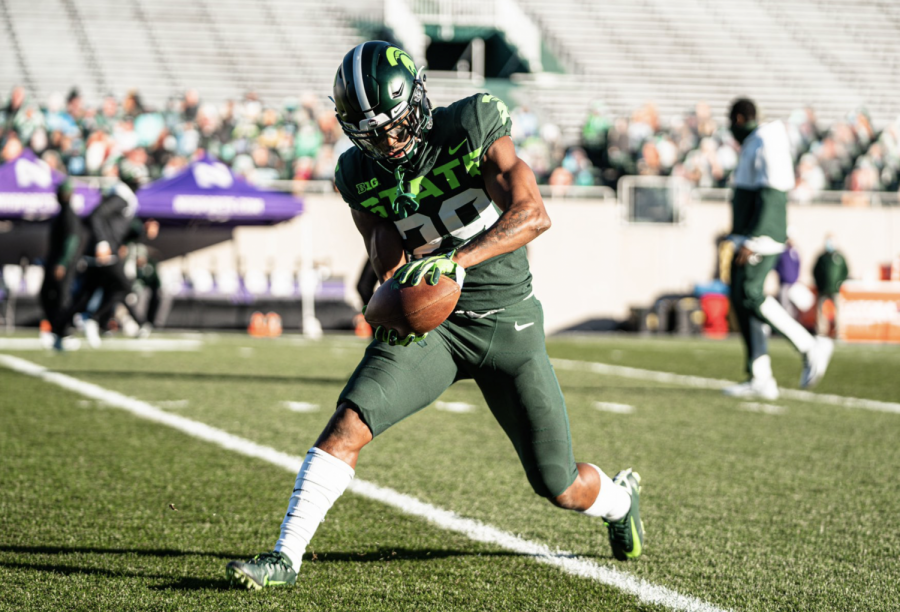 EAST LANSING — Michigan State’s roster overhaul ahead of coach Mel Tucker’s first full offseason is beginning. Star cornerback Shakur Brown has announced that he will forgo his senior season in East Lansing and declare for the 2021 NFL Draft.

Brown has been MSU’s top player defensively this season and has consistently been matched up with the opponent’s No. 1 receiver. In 2020, he has 25 tackles and four pass deflections to go along with five interceptions, which leads the nation.

He came to MSU as a three-star athlete from Stockbridge, Ga. and took some time before excelling as the anchor of the Spartans’ defensive backfield. He redshirted in 2017 before playing in 12 games as a redshirt freshman. He showed some flashes of potential in that season, including a pick-six that helped propel MSU to a victory over Indiana, but could not take the next step in 2019 due to injuries. Brown played in only seven games last season, making five starts. He had one interception in both of his first two seasons, but his breakout season in 2020 has drawn the eyes of scouts and increased his draft stock.

The other big piece to this news is that the hopes of keeping the Spartans’ draft streak alive are on his shoulders. MSU is one of three programs (USC and Michigan) that has had a player drafted in 82 of the 84 NFL drafts in history. MSU also has had a player selected in 79-straight drafts, dating back to 1940. With a year of free eligibility due to the “blanket waiver” issued by the NCAA, many of MSU’s top players, such as Antjuan Simmons and Naquan Jones, could return for another season in East Lansing. If they do, Brown may be the only Spartan that has a real shot of being drafted to keep the streak alive.