Michigan State moves up to No. 4 in the AP Poll 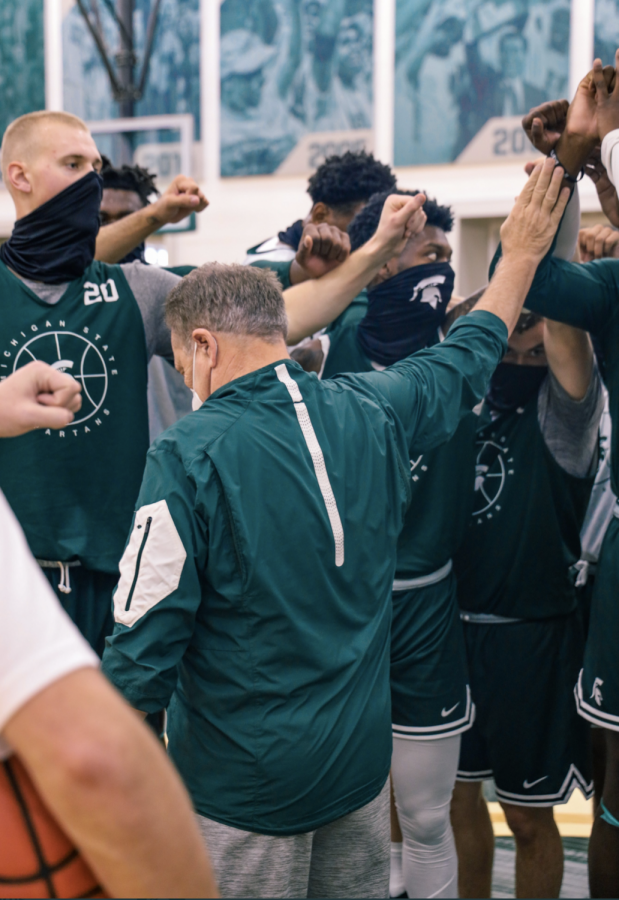 EAST LANSING— After beating No.6 Duke on the road, Michigan State jumped to No. 4 this week in the weekly AP poll rankings. The Spartans, who also beat Detroit Mercy 83-76 and Western Michigan 79-61 last week are now the second-highest ranked team in the Big Ten, trailing only Iowa.  MSU is currently the only team in the conference with a 5-0 record.

The Big Ten currently has six teams in the Top-25, including three within the top-10.

The full poll can be found below: (First-place votes are in parentheses):

The Spartans will head to Charlottesville, Virginia, for a matchup with No. 18 Virginia (3-1) on Wednesday night as part of the annual Big Ten/ACC Challenge.  MSU will finish out the non-conference schedule as they welcome Oakland (0-6)  to the Breslin Center this Sunday.

Tipoff for Wednesday night’s game is set for 9:15 p.m.