MSU jumps up to No.8 in AP Poll after beating Eastern Michigan and Notre Dame 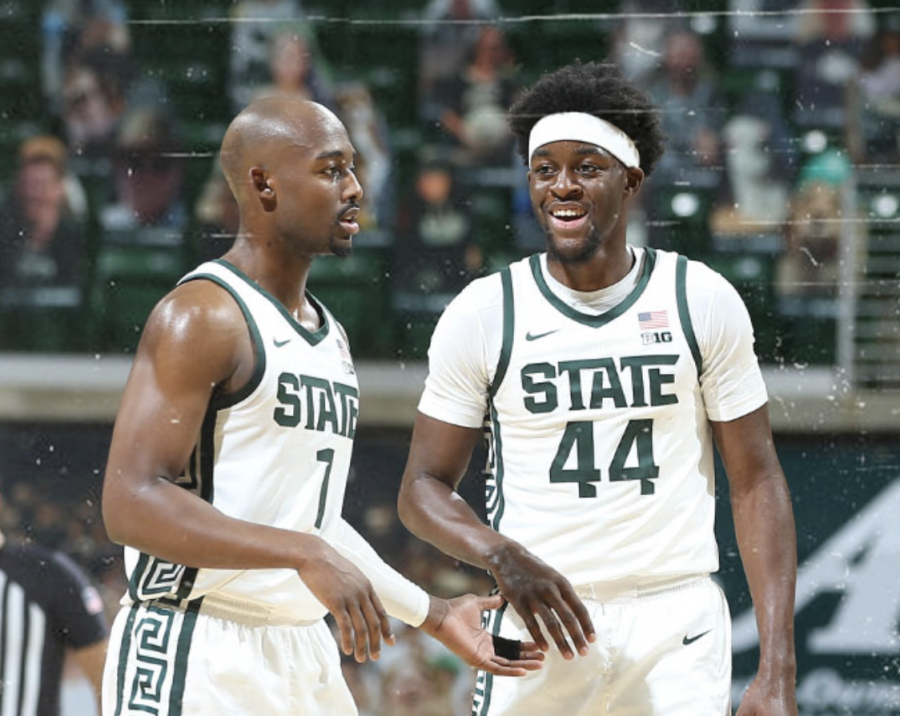 EAST LANSING- After opening the season as the No. 13 ranked team in America, the Michigan State men’s basketball team jumped to No. 8 in the Associated Press poll this week after knocking off Eastern Michigan 83-67 and Notre Dame 80-70.

The Spartans were able to handily beat Notre Dame on Saturday night. MSU trailed 26-22 in the 1st half before going on a 26-0 run that extended into the 2nd half. Aaron Henry and Rocket Watts combined for 27 points on 9-of-22 shooting.

Last Wednesday, Michigan State opened the season with a victory against EMU 83-67. Foster Loyer led the squad with an impressive 20-point scoring performance that included six made 3-pointers.

The Spartans travel to Cameron Indoor Stadium on Dec. 1, where they will clash with No. 6 Duke.  MSU will be back at home on Friday and Sunday as they welcome in Detroit Mercy and Western Michigan.