The Price of Our Desires | “Fault Lines” by We Are Scientists 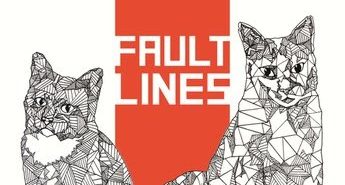 Following their hilarious quarantine inspired video and single in May, “I Cut My Own Hair,” We Are Scientists is back with a new single that is satirical and a little dark. The band tweeted out their new song, Fault Lines, on Nov. 20.

If you're just sitting here on Parler, check out FAULT LINES, our high-spirited new jingle-jangle rock song. It'll lift you right out of the morass. https://t.co/PmsSfZ8OK5 pic.twitter.com/C5smB4TJUr

The video features lead vocalist, Keith Murray, doing whatever it takes to have a hot song and becoming famous. Unfortunately, this means killing the real songwriter and stealing his music.

While the song sounds happy and fun, the lyrics are more earnest.  The song alludes to the idea of how we negotiate who we are for something, whether it’s fame, power or money:

So many things that didn’t seem to mean a thing/

At the time, at least”

Whether following the video or the lyrics, there’s a moment of reflection in the choices we made and the people we’ve hurt along the way:

“There’s time to get what you want/

But don’t forget what you’ve done/

All this shifting looks good but it won’t/

Get you very far”

Even the song title gives you an idea of a fracture. A fault line is a split in the earth that can lead to an earthquake. As seen in the video, Murray’s life is falling apart as he realizes he can’t write a new song and that he’s just a hack.

Of course, that is just one of many interpretations of the song, as Murray has come out and said he won’t give an official interpretation. In a press release he states:

“Look, I’m generally reluctant to get into song meanings and lyrical analysis, under the best of circumstances. With a song like Fault Lines, I’m even less inclined to dive into that sort of thing than usual.  If someone wants to read about (or, hell, see direct evidence of) partisan divides, subjective realities, intractable convictions, and perpetually recalibrated contextual frameworks, they can just check their social feeds at any given moment. At least Fault Lines pairs those ideas with sick guitar riffs, extravagant falsetto vocals, and a bonkers, flange-soaked drum fill. That’s why music is better than social media”

Yet, even Murray would agree that the guitar riffs are powerful, and the song just flows with upbeat energy.

We Are Scientists is known for humor, and this video did not disappoint. It is a silly video, which people have come to expect from the band. It ends with a message to their fans that a new album will be out in 2021.