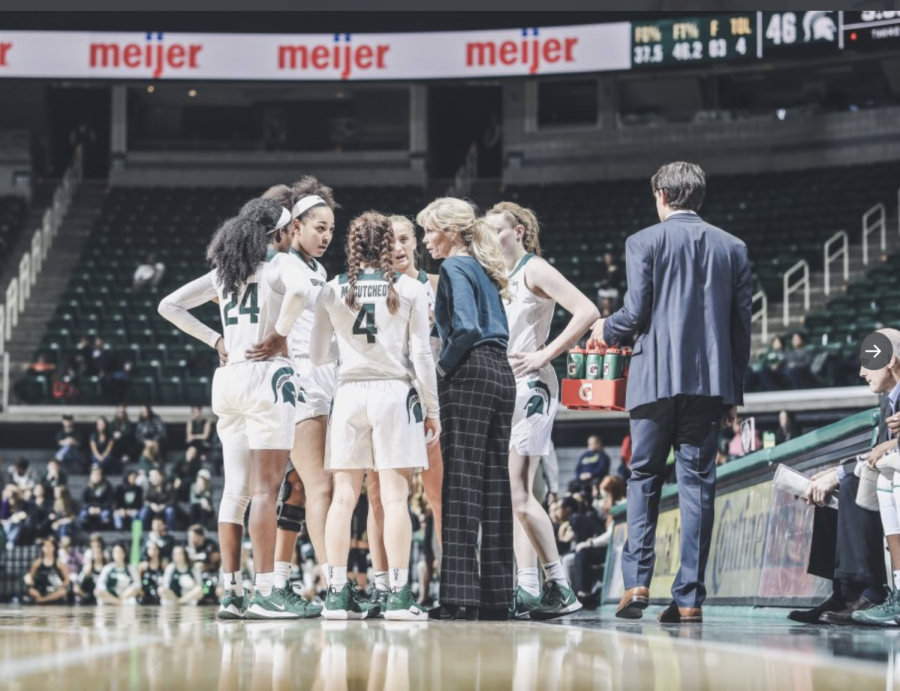 EAST LANSING — Michigan State women’s basketball announced its official schedule for the 2020-21 season on Monday. Due to COVID-19, the Spartans will only play five non-conference games this season.

The release of the schedule was delayed for a significant period of time, but MSU will now have a clearer idea of who it will be preparing to compete against as the season closes in.

The Spartans will play their first game since Mar. 5, 2020, against the St. Francis (PA.) Red Flash on Friday, Nov. 27 at 3 p.m., a showdown at the Breslin Center that will serve as the first-ever matchup between the two teams.

On Wednesday, Dec. 2, MSU will take on Detroit in a rematch of last year’s meeting, which the Spartans lost in a 50-plus point blowout. This game will also be at the Breslin Center at 7 p.m.

The team’s first road game will also be its Big Ten conference opener, as they head to Minneapolis to take on the Minnesota Golden Gophers. MSU won its last matchup between the two teams back in February in a 66-54 victory at the Breslin Center.

From there, the Spartans will host a 4-game home stretch that will include a duel against Central Michigan. The teams’ last meeting was in the first round of the 2019 NCAA Tournament when the Spartans eliminated the Chippewas in a narrow 88-87 upset.

The Spartans will play both their regular-season games against conference-rival Michigan in the month of January. They will look to regain their momentum against the Wolverines after losing both games of the series last season.

MSU will finish the season with 5 out of 8 games taking place on its home court in East Lansing.