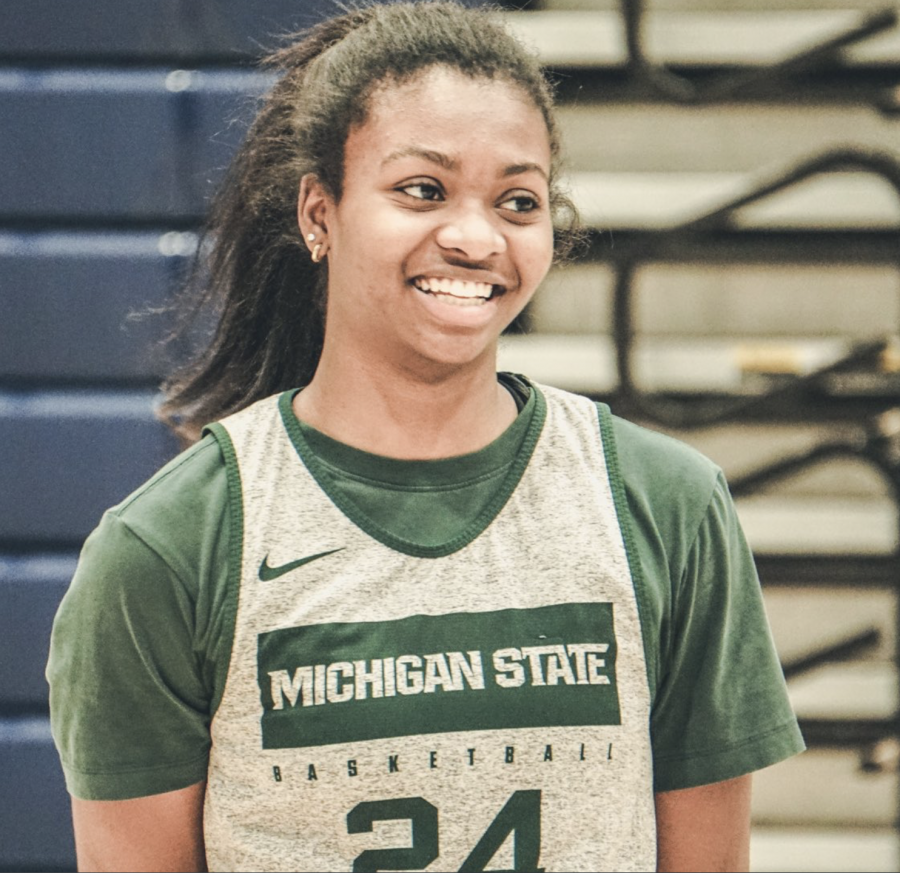 Amid the uncertainty that looms over the season that is to come, the team doesn’t know their schedule for the 2020-21 season. Cook said that with the impact of the pandemic, there needs to be a change in mindset.

“We GET to play basketball,” Cook said. “I know a lot of people in the world right now are stuck at home, and we get the opportunity to do the thing we love.”

Clouden enters this season as a member of the preseason All-Big Ten team. With injuries becoming a prominent concern for the Spartans last season, Clouden was tasked with taking the reins and stepping up. The former second-team All-Big Ten honoree said her mentality as a leader going into this year is much different from her mindset last year.

“Me being in that role was kind of more of a surprise because we didn’t know what was going to happen with the injuries,” Clouden said. “Coming into this year, that same role is more expected, so I’ve had time to prepare and plan and develop my game to be able to handle that.”

Cook was one of those players to be affected by injuries in the past. Her 2019-20 season ended back in January when she tore her Achilles’ tendon in practice. Cook said she thinks her return from her injuries motivates her team.

“They kind of see … it can be taken from you at any given day,” she said. “You want to go out there and give it your all every chance you get, whether that’s practice or a game.”

Clouden also acknowledged the importance of her and Cook’s impact on their teammates as they approach the season.

“We try and start by uplifting our teammates, whether it’s in practice or in life,” Clouden said. “Also, just leading my example — being a face our team needs to see and just trying to be somebody that people can follow.”

A schedule for the 2020-21 season is expected to be announced very soon.