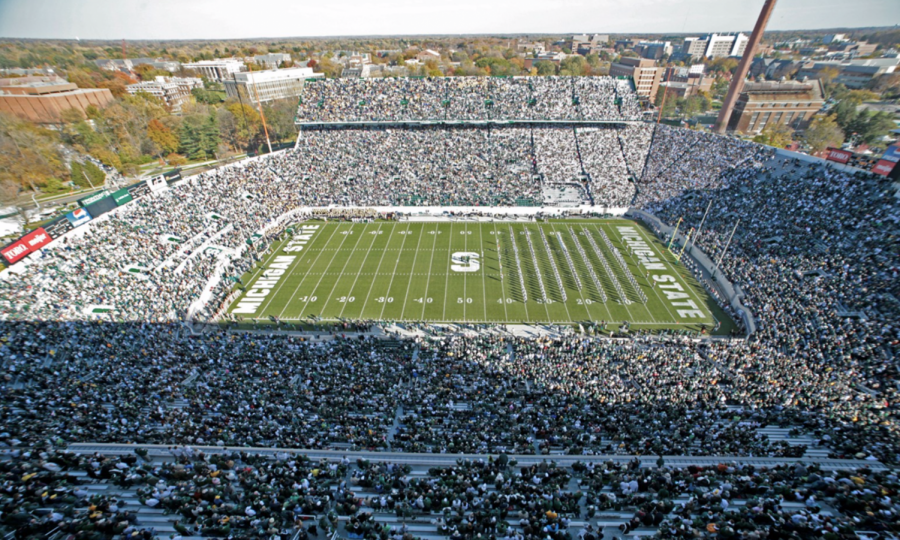 EAST LANSING- This morning, it was announced that the scheduled football game between Michigan State and Maryland on Saturday, Nov. 21st, has been cancelled due to COVID-19 issues concerning the Maryland team.

The game will not be rescheduled. https://t.co/CuMVFp09Yj

The Terrapins have not practiced yet this week due to rising positive tests among Maryland players and staff members, including head coach Michael Locksley, who tested positive for COVID-19 on Wednesday. Locksley has since entered isolation with only minor symptoms.

Maryland Athletics reported positive tests of 15 student-athletes and seven staff members over the last week of testing. Due to these results, the university medical staff has concluded that the game against the Spartans will not be played.

Under the Big Ten COVID-19 rules, the game will be recorded as a no contest and will not be rescheduled this season. This will be the second straight week that Maryland has had a scheduled game cancelled; last week’s home game against the Ohio State Buckeyes was also called off because of rising COVID-19 concerns.

This is the 15th cancellation in college football this weekend due to COVID-19, the largest amount of cancelled games in a week this season.

Maryland will maintain their 2-1 record into next week when they will take on the currently undefeated Indiana Hoosiers in Bloomington next week.

MSU will take this unexpected bye week to recover from their tough 1-3 start and prepare for the No. 19 Northwestern Wildcats at Spartan Stadium next weekend.