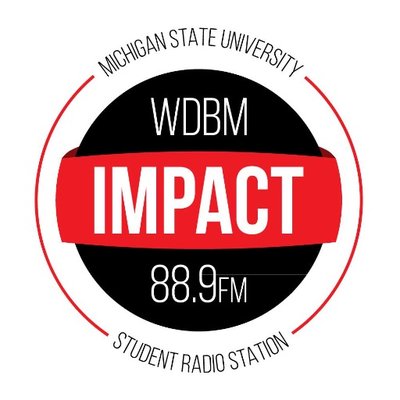 The 2020 NBA Draft concluded its first round on Wednesday night. Here are my thoughts on what every selection means for each team:

The Timberwolves get a scoring guard that can fit around D’Angelo Russell and Karl-Anthony Towns and hopefully form a big three in Minnesota. Edwards has great scoring ability from all three levels and has elite athleticism. He has drawn comparisons to Andrew Wiggins with a questionable motor, but his athleticism and upside was too much for Minnesota to pass on.

With the reports that Klay Thompson has suffered what the Warriors fear to be a torn right Achilles tendon, there was plenty of speculation that they could take LaMelo Ball with this pick. However, they went with rim-running Wiseman at No. 2. Wiseman is a high-ceiling player that could be a perfect fit around Steph Curry and Thompson with his athleticism and rim protection.

The Hornets add the player with the most boom-or-bust potential in the draft. Ball comes in and should fit in very well with the young core that Michael Jordan is building in Charlotte. Ball has elite passing ability and can provide versatility with his 6-foot-7 frame. If he reaches his potential, he could help to propel the Hornets towards contention in the East.

Williams skyrocketed up draft boards over the past few months, but this is still a bold pick for the Bulls at No. 4. Williams was the Sixth Man of the Year in the ACC in 2019-20 and did not start at Florida State, but he has all of the athleticism and physical tools to be a star for Chicago if he reaches his potential.

The Cavaliers badly need more defense and better talent at the wing position with most of their team filled with bigs like Kevin Love, Andre Drummond and Tristan Thompson along with guards like Collin Sexton and Darius Garland. Okoro has questions about his shooting ability, but his defense is unquestionable. He can be plugged in immediately and make a difference for this young Cleveland team.

The Hawks get arguably the best big man in the draft at No. 6. There was a lot of talk about the Hawks selecting Okoro with this pick, but Okongwu can provide a great defensive presence inside for a team that is looking to make the playoffs this season. There are questions about the fit with John Collins and Clint Capela already on the roster, but Okongwu was the best player available.

Hayes has long been connected to the Pistons, along with Patrick Williams, who the Bulls selected at No. 4. Hayes is an elite left-handed playmaker and could light up Little Caesars Arena for years to come as the floor general of the future for the Pistons. Hayes also should benefit from an opportunity to learn from Derrick Rose, who is still under contract for one more season, and the young guard joins Sekou Doumbouya to complete the “French connection.”

Toppin was the best player in college basketball last season and will provide starpower and high-flying dunks for a team in definite need of some fresh air. New President of Basketball Operations, Leon Rose, has a chance to make a great impression on the New York fans with this pick, and Toppin has all the potential to shine in the Big Apple.

Avdija slipped down the board and fell all the way to Washington at No. 9. Avdija is a great playmaker at 6-foot-9 and will be a great fit with John Wall and Bradley Beal. Avdija is a solid defender, but the Wizards still need to improve on that side of the ball, but the Iraeli league MVP could be a steal at No. 9.

The Suns get Smith at No. 10, who was not projected to go this high. He will be a good fit alongside DeAndre Ayton and can help to stretch the floor as well, shooting 37% from three-point range last season and averaging a double-double for the Terrapins. The Suns are pushing to compete in the West this season, after the acquisition of Chris Paul via trade and will be counting on Smith to contribute early in his career.

The Spurs take the defensive wing that can also knock down the three at a very high clip. The Spurs have had a lot of success with the “3-and-D” type players in this area of the draft. Vassell can provide a strong defensive anchor on the perimeter and a player that can knock down shots at all three levels for the Spurs.

The Kings never imagined that Haliburton would fall to them at No. 12, but when he did, they didn’t let him fall any further. Haliburton is a very good playmaker that will fit very well in the Kings’ backcourt with De’Aaron Fox. Haliburton’s knowledge as a floor general is very high and his length at the guard position will also help the Kings defensively.

The Pelicans traded Jrue Holiday away to the Milwaukee Bucks and received George Hill and Eric Bledsoe in return. Here, they found their replacement for Holiday in Lewis. One of the fastest players in the draft, Lewis can blow by defenders and get to the bucket, as well as score from all three levels. He would be a good fit alongside Lonzo Ball, as he is a bit smaller, and Ball would be able to provide defense against bigger, more physical guards.

Back-to-back SEC players go at the back end of the lottery, and Nesmith finds a great home with the Celtics. He is one of the best shooters in the draft and shot the lights out at Vanderbilt, shooting 52% from deep in 14 games last season. Nesmith adds another dimension of deep-threat for a Boston team that was already dangerous offensively with Kemba Walker and Jayson Tatum.

The Magic needed another guard alongside Markelle Fultz and they took a risk on the athletic guard from North Carolina. Cole’s father, Greg Anthony had an 11-year NBA career and the Magic are hoping that Cole can add to the family legacy. As a score-first guard, he should be a good fit next to Markelle Fultz, who had a strong 2019-20, but is still trying to live up to his potential as well.

The Pistons got a guard with their first pick and now draft Stewart, who they hope can be Andre Drummond’s replacement. Stewart is a high-energy rebounder and defensive player that could give the Pistons a boost on the interior, especially if Christian Wood is signed elsewhere in free agency. General manager Troy Weaver has had a strong draft in his first year in charge of the Pistons.

The Thunder have been very high on the 7-foot center from Serbia throughout the draft process and traded up to get him at No. 17. “Poku” is extremely raw and thin, but is only 18 years old and has time to develop. If he rises to his potential, he could be a matchup nightmare for opponents due to his size and playing style.

Dallas had a big need for a high-level defensive wing to defend players like Kawhi Leonard in the playoffs. The Mavs put Seth Curry on him during their playoff series last season, and if they want to reach their ceiling, they will need something better to throw at those stars. Green fits that role as a strong defender while also providing the ability to knock down the three.

The Pistons make their third pick of the night and select the wing from Villanova. This pick cost them Luke Kennard, who is heading to the Clippers as part of the three-team deal. Bey is a disciplined defender that knows how to win. He comes from a strong program with a great coach in Jay Wright, and his toughness should fit right in with the culture of Detroit.

Achiuwa is a great pickup for the Heat at No. 20. He can finish at the rim while being a rim protector and rebounder on the defensive side. He can also slot in very well next to Bam Adebayo. The Heat add another high-energy player to their roster as they look to get back to the NBA Finals in 2021.

Maxey was the best player still on the board, and he will provide a scoring punch off-the-bench for the new-look Sixers, but could possibly also play starter’s minutes next to Ben Simmons in Philadelphia’s backcourt. Maxey is a great scorer from all three levels, but also is a tenacious defender that the city of Philadelphia will fall in love with.

The Nuggets are fresh off a Western Conference Finals appearance and add to their Nikola Jokic-led frontcourt with Nnaji, a strong rebounder and high-energy player that can run the floor well. His rim-running and finishing ability will help a young, fast Nuggets team that is looking to take the next step and reach the NBA Finals.

The Timberwolves are picking up another big guard in Bolmaro, who was a strong player in Barcelona, but is possibly expected to stay in Barcelona for at least another season. We’ll see how long he is away, but the Timberwolves are hoping that he can still make an impact on their team when he arrives, even though they have a lot of guards on their roster.

The Nuggets pick up a scoring guard in Hampton that has a very high upside. He fell in the draft, potentially due to the fact that he played overseas this season instead of in college, but he can score at will. Hampton will provide another scoring option that can take some of the load off of Jamal Murray.

The Knicks are looking to pick up the point guard of the future in Quickley, who can shoot the lights out from deep and has playmaking potential to spread the floor to R.J. Barrett and the Knicks’ other first-round pick, Obi Toppin. It has been a strong first draft for Leon Rose and the Knicks.

The Celtics make their second pick of the first round and pick up Pritchard, a strong guard from Oregon that is a great leader. He’s a smart player that showed the clutch gene when he took over games repeatedly for the Ducks. He is also an underrated defender that could be another good piece for the Celtics.

The Jazz are getting a huge big man in Azubuike who can provide toughness and rim protection inside. He is an underrated pick-and-roll defender and can learn under Rudy Gobert and potentially be the big man of the future in Salt Lake City.

The Timberwolves get a player with a very high upside in McDaniels in the late first round. McDaniels can stretch the floor with a good stroke from deep, but has high value as a slasher and rebounder as well. He will fit in well with the core that Minnesota is building with Anthony Edwards, D’Angelo Russell and Karl-Anthony Towns. If he can reach his potential, he could be a steal at No. 28.

The Raptors were looking for a guard to replace free agent Fred VanVleet. Flynn had a strong year at San Diego State, garnering national attention. He is a good playmaker and scorer, but is also a very scrappy defender and a winner. Flynn should fit perfectly in coach Nick Nurse’s system in Toronto.

Memphis traded into the first round to pick up Bane, who can immediately make an impact as a shooter on this Grizzlies team. Bane is a great shooter who can knock down shots from anywhere on the perimeter. He slipped a little bit and it was enough for the Grizzlies to pull the trigger on a trade, moving up to get him.