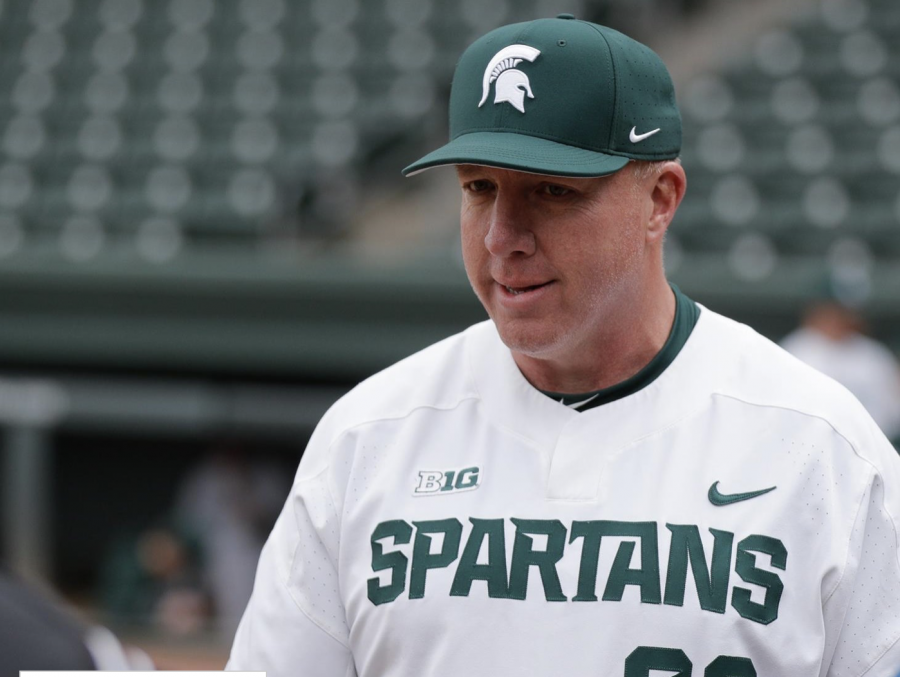 EAST LANSING – Michigan State baseball has signed four players to its 2021 class. All four signees are from the state of Michigan and the class is well rounded, featuring right and left-handed pitching as well as an infielder and an outfielder.

The Spartans handled their business when recruiting their own state, as three of the four highest rated pitchers in Michigan are headed to East Lansing.

Boss mentioned that he is excited about their athleticism and says that “they all have a very high ceiling.”

Jacob Anderson is a 6-foot-1 infielder from Oakland Township, Michigan. Anderson played his high school baseball at Notre Dame Preparatory, and in the summer he played on Arsenal Baseball. He is the eighth best infielder in the state and No. 36 player regardless of position, according to Prep Baseball Report.

The first of the pitchers in the class is 6-foot-2 Aidan Arbaugh from Ann Arbor, Michigan. Arbaugh is the No. 4 ranked pitcher and No. 16 overall player in Michigan. He is a left hander who plays in the outfield as well.

Both Sikes and Van Ameyde compared Arbaugh to former Spartan Jeff Kinley. Van Ameyde describes him as a “loose athlete who runs well and has a tremendous upside.”

Arbaugh was not only the first commit of MSU’s class, but he chose the Spartans over his hometown Michigan Wolverines. He does have family ties to MSU as his mother, Laura Arbaugh, played tennis for Michigan State.

The highest rated player in MSU’s class is right-handed pitcher Micah Ottenbreit. From Trenton, Michigan and standing at 6-feet-4, Ottenbreit is rated the best pitcher in the state of Michigan as well as the fourth best player overall.

Prep Baseball Report also has him rated nationally at No. 55 for pitchers and as the No. 168 overall player in the entire country.

Van Ameyde also said that he expects Ottenbreit to make an immediate impact on the mound for the Spartans. Sikes alluded to the fact that Ottenbreit’s fastball has already reached 94 miles per hour.

With a long frame and easy motion, that is more than good enough for an incoming freshman.

The last piece to this Spartan class is another 6-foot-4 right-handed pitcher from the Downriver area. Ryan Szczepaniak is from Woodhaven, Michigan and is rated No. 3 when it comes to pitchers in Michigan and No. 7 overall.

Szczepaniak is nationally ranked for pitchers as well, checking in at No. 140 in Prep Baseball Report’s rankings.

Sikes says that Szczepaniak is a “big, strong” pitcher who seems to keep getting bigger. The members of the Szczepaniak family are no strangers to having college pitchers, as Ryan’s brother Drew Szczepaniak is a pitcher at Western Michigan.

The Spartans have loaded up with some of the top pitching prospects in Michigan for their 2021 class. The future looks bright for Boss and his MSU team.