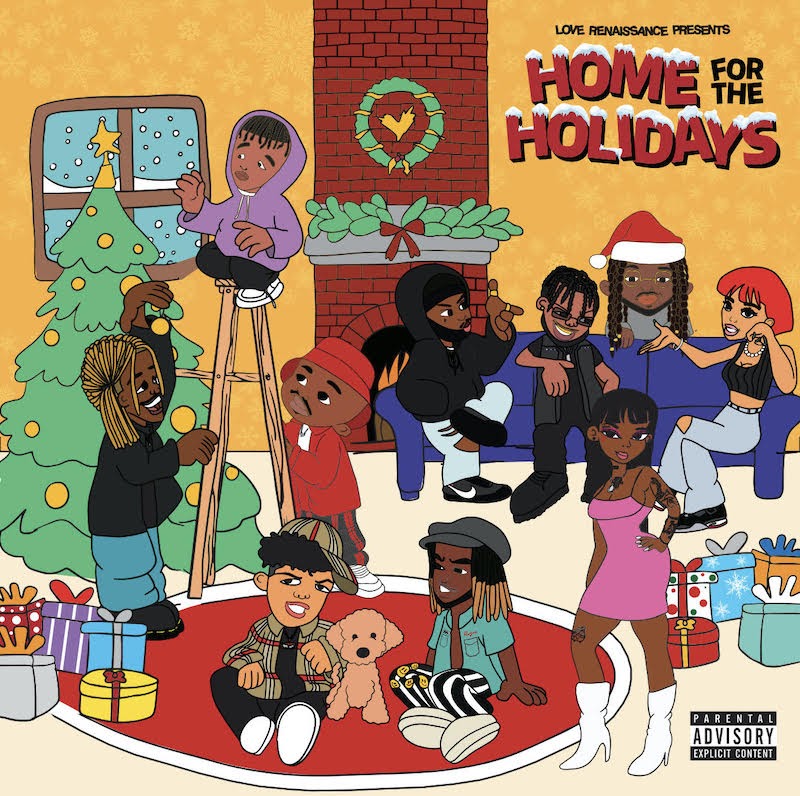 Love Renaissance is an American record label that is currently distributed through Interscope Records. LVRN is celebrating the season with its first-ever holiday album. Home for the Holidays arrived Monday, Nov. 16 and features appearances from the label’s all-star roster including Summer Walker, 6LACK, Westside Boogie, and Shelley (formerly known as DRAM). The nine-track set features renditions of Christmas classics such as “This Christmas” and “The Christmas Song” along with three skits headlined by Kitty Ca$h.

Love Renaissance is getting into the holiday spirit by recreating classics that are timeless and traditional but also creating an original track that is more timely and has a bit of subject matter that is more relevant to current times. That track is the collaboration between LVRN’s star artists, 6LACK and Summer Walker on “Ghetto Christmas.”

The song is a message to Santa Claus instructing him to go to “the ghetto” and make sure the kids are given gifts for Christmas. Some children may not be able to get gifts during the holidays because of the situation they live in, so 6BLACK and Summer Walker are reminding us that it’s important to remember these people.

Go straight to the ghetto/

Fill every stockin’ you find/

And don’t forget about Gary ’cause/

Is goin’ straight to the ghetto”

6lack and Summer have previously collaborated on Summer Walker’s 2019 debut studio album Over It. Since they belong to the same label, it only makes sense that the two collaborate again.

Aside from the all-star collaboration, LVRN has several talented artists that are signed to the label and all of them are featured on this album.  With so many talented people on this album, it gives the listeners an opportunity to discover more artists.

“We are giving you guys a special treat for the #holiday season,” LVRN wrote on Instagram. “This Monday (11/16) we’re dropping a special compilation album titled Home For The Holidays featuring everyone from our roster.”

“Ghetto Christmas” is an original song on a Christmas album from a label with an impressive roster. That alone may incline you to give Home for the Holidays a listen and get into the holiday spirit with some of today’s most popular artists.