Spartans have difficult schedule in 2020-21 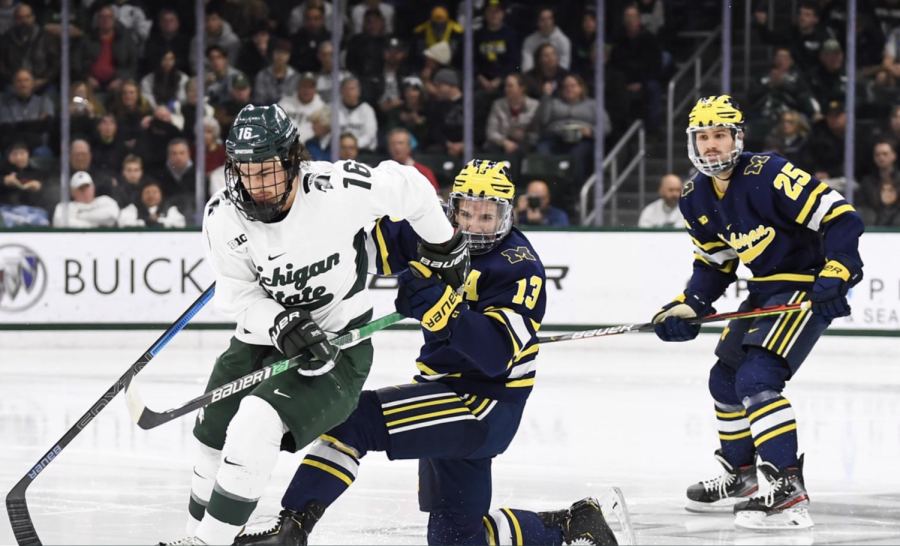 EAST LANSING- Michigan State goes into this season with the challenge of replacing seven seniors—including four of their top six scorers from last season’s roster. Their schedule will do them no favors this season as they try to integrate 10 new players and build on last season’s progress.

The United States College Hockey Online (USCHO) did their preseason poll in late October, and all seven of Michigan State’s opponents this season appeared on the preseason poll.

Penn State was the highest Big Ten team in the poll at No. 9 with Ohio State just behind them at No. 10. Michigan was ranked closely behind them at No. 12, and Minnesota will start the season ranked at No. 14. Notre Dame rounded off the top 20; the Irish were ranked atNo. 20.

Michigan State will play Arizona State four times this season because of the reduced schedule due to the pandemic ; the Sun Devils came in at No. 15.

The only Michigan State opponent that didn’t appear in the top 20 was Wisconsin, who received the fifth-most receiving votes with 59.

There are no scheduled scrimmages to start the season, so Michigan State will hit the ground running by opening against No. 15 Arizona State.