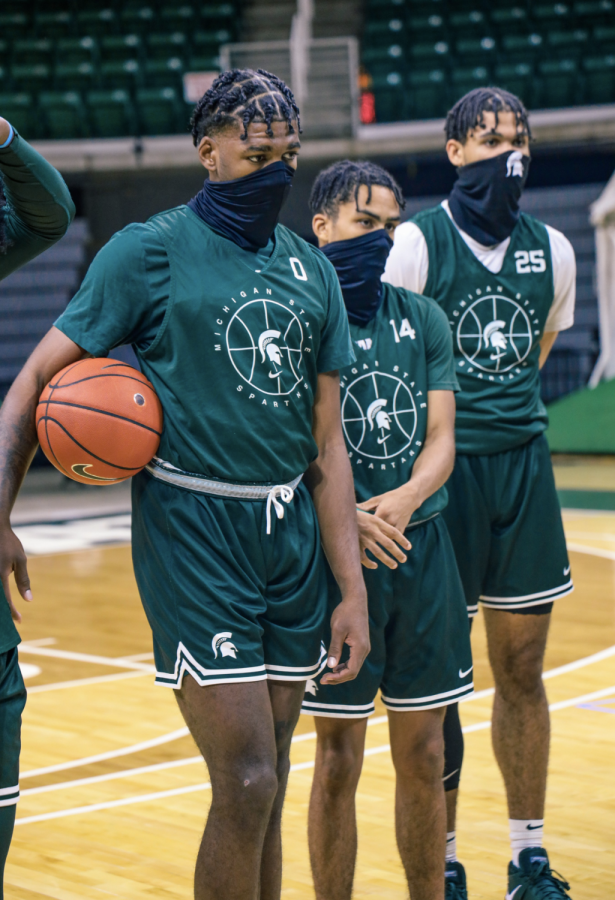 EAST LANSING – Michigan State junior forward Aaron Henry was named to the preseason All-Big Ten team on Monday, becoming one of 10 players across the conference to receive the honor.

The 6-foot-6 forward submitted his name for consideration in the 2020 NBA Draft in April, but decided to return to the Spartans in August.

The Spartans won a share of the Big Ten regular season championship in Henry’s first two seasons, with the Indianapolis native averaging 7.8 points per game over that span.

Henry has also been named to the Julius Erving Award preseason watch list, which honors the top small forward in college basketball.

Garza was also selected as the preseason player of the year.

Michigan State head coach Tom Izzo revealed Monday to CBS Sports that freshman A.J. Hoggard had meniscus surgery and has been out for about two weeks. Izzo does expect the 6-foot-3 guard to be ready for the start of the season.

The Spartans are still without a specific start date for the season, but the college basketball season is set to begin for all teams on Nov. 25.