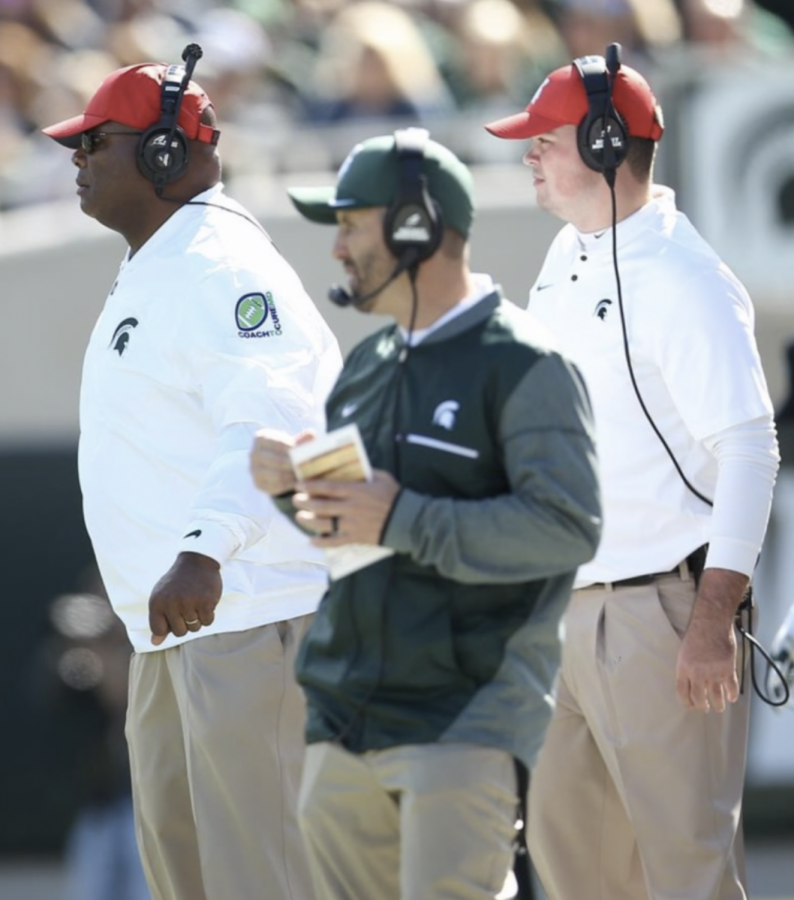 EAST LANSING- It’s amazing what beating your archrival can do for in-state recruiting.

— Rayshaun Benny (@rayshaun_benny) November 9, 2020
For the vast majority of the recruiting cycle, Benny was projected to choose Michigan. It wasn’t until the Spartans defeated Michigan that several recruiting experts flipped their projections related to Benny’s collegiate announcement.

Oak Park, who finished the regular season with a winless 0-6 record, earned a playoff spot by virtue of the MHSAA allowing all participating member schools a berth in the playoffs, provided that they play four games.

Oak Park’s next game is against Wyandotte Roosevelt in the district finals on Nov. 13.

Benny is rated as a four-star by 247Sports.com. His composite rating of 0.9217 places him at the top of the 2021 MSU football recruiting class. He, along with New Jersey offensive lineman Geno VanDeMark, are the only two four-stars that Mel Tucker has managed to recruit for the class of 2021. 247Sports also rates Benny as the No. 4 overall prospect in Michigan as well as the N0. 188 overall prospect in the nation.

He is the highest overall Spartan recruit since Devontae Dobbs and Julian Barnett, both of whom were members of the 2019 recruiting class.

The 6-foot-5, 275-pound Benny is categorized as a player who “runs his feet on contact and plays with good balance” by recruiting expert Allan Trieu. Trieu also mentions that Benny has “natural athleticism and intangibles of a multi-year Power 5 starter.”

Steffan Johnson, another talented MSU target, is scheduled to announce his commitment tomorrow.