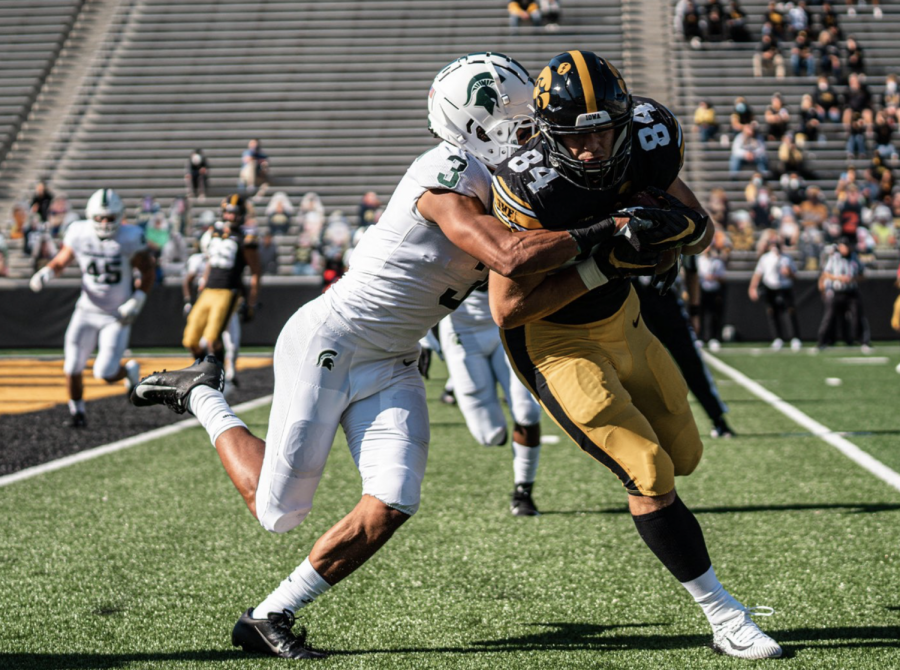 EAST LANSING — There was a lot of uncertainty about all of college football in 2020, and Michigan State was far from an exception. With a new coach, no spring ball and a shortened season with only conference opponents, it was hard to pin down expectations for the Spartans this season. The rollercoaster that has been the last two games has not helped the cause, either.

A week ago, MSU went to Ann Arbor and first-year coach Mel Tucker got his first career win in impressive fashion as the Spartans beat the heavily-favored Wolverines. Quarterback Rocky Lombardi shined and threw for three touchdowns. This week was a different story in every single phase of the game. The Iowa Hawkeyes steam-rolled the Spartans 49-7 and the game was never particularly close.

Lombardi followed up last week’s performance with an underwhelming game that saw him throw three interceptions including one that got returned for a touchdown. There were times in the game where he could be seen noticeably limping and he didn’t seem comfortable for the majority of the game. For the Spartans to have success in the coming weeks, Lombardi will have to get back to playing like he did against Michigan. He was able to take advantage of a weakness in the Wolverine defense and those chunk plays let him get in a rhythm.

The MSU defense was also a bright spot in the win over Michigan and the unit was not playing to that standard against Iowa. The defensive line was great at stopping Michigan’s running attack, but as a team, Iowa rushed for 226 yards and four touchdowns. The Hawkeyes were able to impose their will early and often on the ground. The defensive line is relatively inexperienced and still have not played very many snaps together. They have shown flashes this season that they can be an effective unit moving forward.

The coming weeks will be a good test for Tucker and the Spartans. The team has experienced the high of beating a heated rival and the low of losing badly to an 0-2 Iowa team. This team has shown that it is in fact capable of playing a complete football game and has enough talent to compete. However, it has also shown that there are still a lot of improvements that can be made by the players and the coaches.