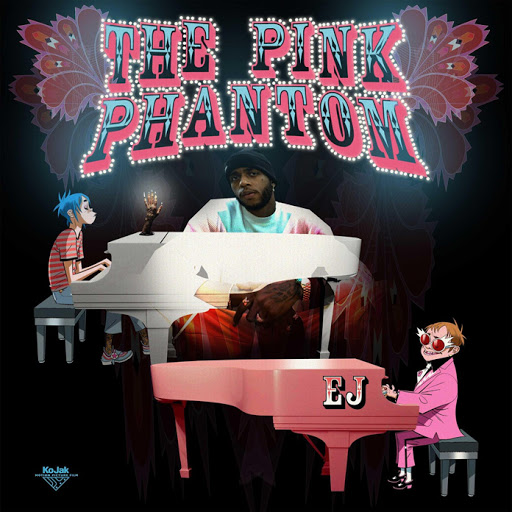 If we’re being honest with ourselves, the 2010s have been a hard decade for Gorillaz fans around the world. The universal praises sung for the release of Gorillaz fourth studio album Plastic Beach (released in 2010) fell flat with the release of their at best controversial and at worst unanimously hated Humanz album in 2017.

Followed shortly after was  the release of what can only be described by most Gorillaz fans as an apology album scrapped together in time for festival season, The Now Now. Hopes for a return to excellence for Gorillaz were at an all time low. That is, until the singles for the Gorillaz’ new project Song Machine Season One began to trickle down the pipeline like nectar from the gods.

Excitement was building, the singles proved that the critics had been heard and the woes and wails of the fans did not fall on deaf ears. More 2D, better features, classic Gorillaz lyricism—it felt too good to be true. But to the joyful surprise of many, the Gorillaz’ eighth studio album Song Machine Season One dropped this past Friday, and it was everything we had been asking for and more than we could have ever possibly imagined.

Ranging from ecstatic pulse pounding grooves to deeply atmospheric, jazzy R&B pieces, Song Machine Season One is hard to quantify or describe, which is perhaps its greatest strength. This versatility shines no brighter than on the star studded sixth track of the album, “The Pink Phantom.” Featuring the legendary chops of the Grammy award winning glam rock superstar Elton John and up and coming R&B/Soul sensation 6LACK, “The Pink Phantom” was bound for success—but only if it could juggle the multitude of talents well.

A slow piano melody and distant snares accompanied by an anguished and dejected 2D (A.K.A. Damon Albarn) signal the start of our voyage. 2D laments to a phantom about his feelings of being erased, soberly stating: “You’ve more or less forgotten me this summer.” Which perhaps alludes to the all too well known fan distancing that came as a result of the Gorillaz previous two projects. 6LACK effortlessly enters the mix, helped by 2D’s ad libs as he stellarly stirs his honey smooth auto-tuned vocals into the melodic melting pot. 6LACK shares 2D’s crestfallen attitude, speaking to this unknown phantom force with a gloomy acceptance:

Were you even really there?/

Did you ever really care?”

Elton John enters the fray, tagging out 6LACK for a chorus to describe a fantastical journey to meet the phantom, his powerful vocals dripping with an irresistible vibrato and cadence of a man rich in experience. The piano is replaced with a backing choir and synthesized beats, as Elton John carries us like a tender child through his decadent dreamscape: “I tried to get to Atlanta, on a peach blossom highway.”

High pitched synth plucks fall through the soundscape like snowflakes as the soft piano keys return, with a merry confidence that was once lost to the winds. Elton John, 6LACK, and 2D gracefully weave in and out of each other’s verses with the ease of masters, their voices flowing together as one, but each beautifully distinguishable from the other. All of this creates a heavenly marriage of harmonic grandeur to end the song.

Gorillaz is a band built on the idea that experimentation is the lifeblood of music, and that repeating what’s been done is a cardinal sin. Risks are the norm, whether it works out or not. “The Pink Phantom” proves that experimentation with what’s tried and true and what’s yet to come can yield phenomenal results. Gorillaz have created an album that miraculously renders them both unrecognizable, and at the same time more familiar than ever. Through this calculated divergence, Gorillaz find themselves at a new peak—one they will hopefully only continue to ascend from.