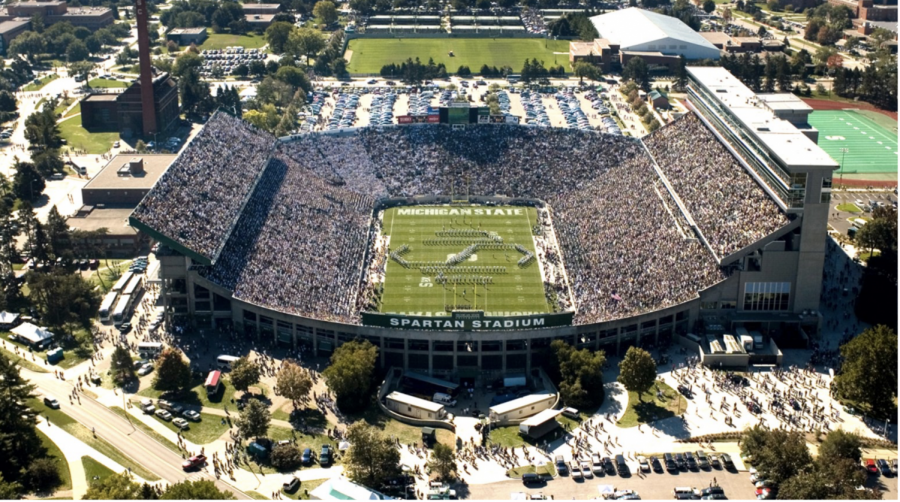 EAST LANSING- Charles Willekes and Luke Fulton, both redshirt freshman linebackers for Michigan State, were and remain suspended indefinitely from the football team after being arrested in East Lansing on Sept. 8 at a fraternity house.

Both players were arrested after an incident broke out at the Pi Kappa Alpha fraternity house, which is located at 301 Charles Street in East Lansing.

Fulton was charged with aggravated assault and arraigned on Sept. 9 in 54-B District court.  On Oct. 2, Fulton took the reduced charge of misdemeanor assault and battery, which spared him from serving any jail time. According to Matt Wenzel of MLive.com, Fulton is scheduled to be sentenced on Oct. 28.  Currently, he is prohibited from traveling out of the state or having any contact with the alleged victim.

Fulton’s lawyer, Mike Nichols, stated that he hopes Fulton will be granted Holmes Youthful Trainee Act status. Under Michigan law, offenders who are younger than 24 can have their records sealed from the public if the criminal charge falls under specific guidelines. The arrest and case records remain sealed unless the person commits another crime.

Fulton was a three-star linebacker who committed to MSU back on May 24, 2018. Fulton, who played for Cardinal Mooney High Scool (Youngstown, Ohio), was named the Scout Team Special Player of the Week vs. Rutgers last season. Like Willekes, he was relegated to scout team action for most of last season. However, unlike Willekes, Fulton received a scholarship offer to play for the Spartans.

Willekes, the younger brother of Spartan great Kenny Willekes, made his collegiate debut against Michigan on special teams last season and was named the Scout Team Special Player of the Week vs. Tulsa. Willekes (Rockford, Mich.) played running back and linebacker at NorthPointe Christian High School and helped NorthPointe reach the state semifinals as a junior.

Willekes’ court record isn’t public, so it is not known at this time why he was arrested or how his case was resolved.