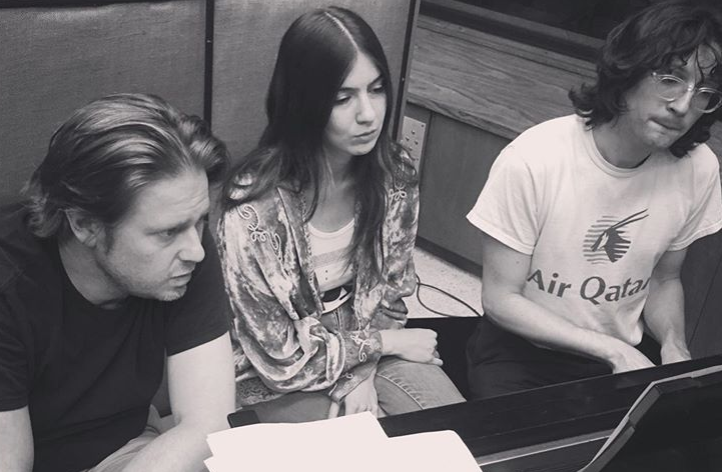 In these times of remaining socially distanced and often isolated from those we love, it’s hard not to feel akin to the crestfallen yearnings that guide the dreary and forlorn folk melodies of Weyes Blood and Tim Heidecker’s new joint song, “Oh How We Drift Away.” The final track on Tim Heidecker’s newest album Fear of Death, on which Weyes Blood (credited on this project as Natalie Mering) collaborates frequently on, and co-wrote both “Oh How We Drift Away” as well as “Nothing.”

Natalie Mering, known best for her underground 2019 smash hit, Titanic Rising, lends her deep angelic lamentations to the song. Synergizing perfectly with Tim Heidecker’s weary acoustics is  a majestic string orchestra, whose cavernous, alternating arpeggios give the song an immense feeling of depth.

Weyes Blood painfully draws attention to an inevitable divide that forms between us and those we love with time. Solemnly singing, “Oh how we drift away from our friends, and the ones back home pay remembrance.” Whining guitar strings meet deep cello plucks as Weyes blood divulges her aching thirst for an unnamed friend to keep her in their thoughts.

“Last time I saw him we weren’t really talking,

Finally met for lunch after weeks of pushing

I wonder if they dreamt of us at all.”

Finding the separation to be imminent despite her best efforts, Weyes Blood resigns herself to an all too familiar feeling of aggrieved acceptance. Remaining content in the unchangeable nature of her current situation. Weyes Blood wails into the open air, accompanied by distant copies of her own solemn voice, who sing in unison with her, “You can take me out of your phone, if you come knocking, I won’t be home.” With this, Weyes Blood shuts herself off from those she tried so desperately to reconnect with. A brief cello arpeggio creates a bridge for us to glide across as Weyes Blood reminisces upon her newfound isolation.

The orchestra fades into distance as Weyes Blood, now accompanied only by a melancholy piano, kickdrum, and downtrodden acoustic guitar, invokes the image of the Chauvet cave women painting their ingrained memories into stone. She asks the audience to imagine their stories, love affairs, and worries.

Diving deeper into the feelings of losing what memories we have with those we love, Weyes Blood desperately pleads for the audience to recognize, as she does, how we “stand on their bones and walk on their souls.” The symphony builds as she continues her hopeless tangent, giving out as she realizes the foolishness of her endeavor. Left only with dark piano strikes, she whimpers, “and painted over their mother’s work, again and again.”

Both bleak and beautiful, “Oh How We Drift Away” is a sobering ballad that calls to attention an all too prevalent problem  in our lives. Whether it’s an unavoidable and impending truth or an outcome best left to the distant future, we are reminded by Weyes Blood and Tim Heidecker that nothing, not even love, is guaranteed to be permanent. So, we must make the most of it before it slips from our fingertips and drifts away out of our reach.