Release That Stress | “A Hard Day’s Night” – The Beatles 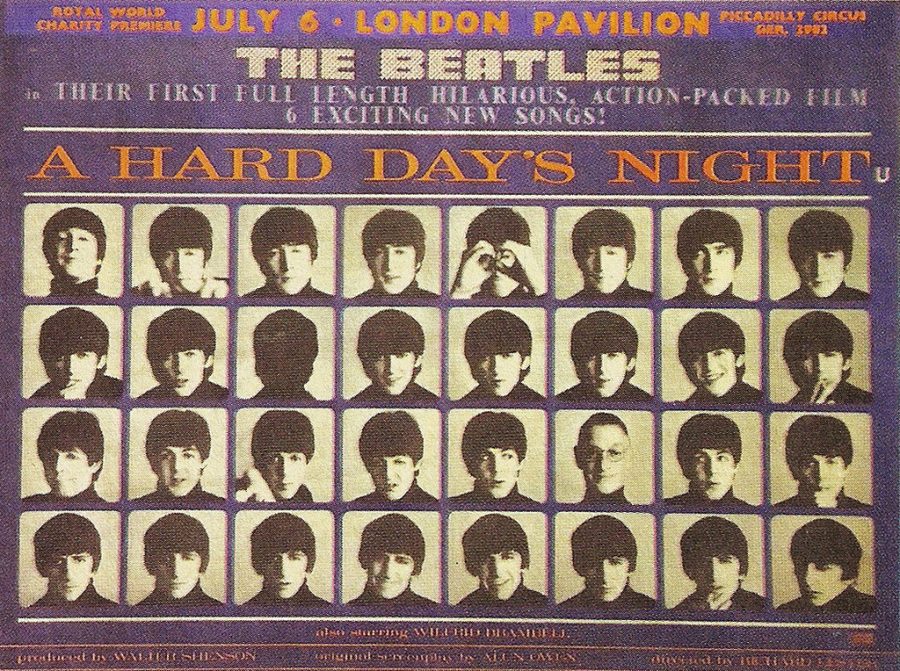 As thousands of MSU students find themselves doing classwork at home via zoom, it is not hard to let all your days blend into nights as they try to complete what feels like an endless pile of assignments. The title of today’s track comes from the mind of The Beatles drummer, Ringo Starr.

In a 1964 interview with DJ Dave Hull, Starr explained: “We went to do a job, and we’d worked all day and we happened to work all night. I came up still thinking it was day I suppose, and I said, ‘It’s been a hard day…’ and I looked around and saw it was dark so I said, ‘Night!’ So we came to ‘A Hard Day’s Night.'” The inspiration behind this track might be a little more exciting than going to class on your laptop in your parents’ basement, I think it is worth a listen, it might even release some of the building stress you all have.

“A Hard Day’s Night” happens to be the title track to both the third Beatles album and the first of four Beatles movies (which honestly, I would recommend watching-it is very obscurely funny).  These were all released in 1964, the same year of The Beatles’ momentous American debut on The Ed Sullivan Show, where they set the record for the most watched live performance with 73 million Americans watching live from their living rooms. On this day, thousands of teens across the country caught the first cases of Beatlemania.

(The Beatle’s debut on the Ed Sullivan Show)

“A Hard Day’s Night” is widely recognized for its opening chord—a strum on George Harrison’s Rickenbacker 360/12 guitar. The audio pauses briefly, and then the lyrics start. The lines “It’s been a hard day’s night, and I’ve been working like a dog” seem to pour through your speakers. These lyrics are met with numerous instruments—the percussion stands out the most to me. Ringo’s rhythmic combination of the drums, bongos, and most noticeably cowbell, provides a steady backing for the song.

“It’s been a hard day’s night, and I’ve been working like a dog /

But when I get home to you, I find the things that you do, Will make me feel alright”

Lennon sings about the exhaustion of work. He should be sleeping, he truly just needs a break. However, when he gets home to his love, everything feels ok. It is like all of his stress and worry melts away.

“You know I work all day, To get you money to buy you things /

And it’s worth it just to hear you say, You’re gonna give me everything /

So why on earth should I moan, ‘Cause when I get you alone, You know I feel okay”

These lyrics attest to the singer’s love for whoever the song is about. The hard work and long hours feel like no problem if he has love—he has no reason to complain as long as they can be together.

Although this song seems like an average love song, and at surface level- I would argue that it is just that, what is most important is its impact on the history of music. This song brought The Beatles to the forefront of American entertainment, which changed the music scene forever.