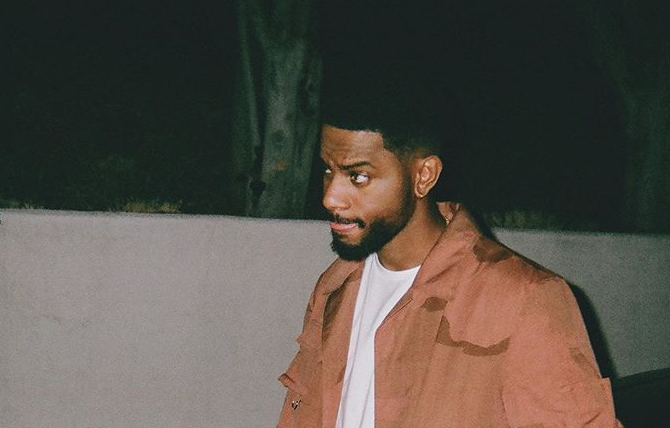 If you’re into R&B music, you probably have heard about the release of Bryson Tiller’s third studio album titled             A N N I V E R S A R Y on Oct. 3. This album was released three years after the release of Tiller’s sophomore album True to Self. The album consists of ten songs and one of those songs is an all-star collaboration between Tiller and one of the biggest names in music, Drake. The song is called “Outta Time.”

The two have teased collaboration for quite some time but have never created anything for the fans. In 2016, Tiller teased his fans in a tweet, hinting that the duo started some vibes together. However, nothing was released after that tweet. This highly anticipated collaboration did not disappoint.

Drake and Bryson Tiller are both artists who have proved that they can transcend genres with their rapping and singing abilities. On this track, they got the job done singing melodic notes over a punchy beat with a great sample—just what you’d expect from a Drake or Bryson Tiller song.

The artists take turns giving their full verses and Drake starts the track showing the full range of his voice, and has even shown improvements. Drake sings about how he feels that him and his partner shouldn’t be together anymore because the relationship is toxic and all signs are pointing to an end. The verse concludes with Drake saying “We’re out of time” as the beat fades out, as if the song were about to end.

As the beat fades out of the song, it suddenly comes back fiercely with Bryson Tiller singing a verse over the same beat as before. Tiller shows his great vocal tone control, hitting notes from all ranges.  In this verse, Tiller elaborates on the things that were said in the verse by Drake. He sings a conversation with his partner, saying that they fight all the time and he can only wait so long before ending the relationship. The verse ended with Tiller singing “Waited so long, but we got no time.”

I find this song exactly to be what everyone would expect to hear on a Bryson Tiller and Drake collab. With their complementary styles, it seems that they were meant to create this exact song.

Tiller explained how the collaboration came to be during an interview on Genius’ For the Record series. He said Drake was supposed to make a surprise appearance on his 2015 effort Trapsoul, but the plans ultimately fell through for some reason.

“We didn’t get to make that happen, obviously, but this is dope to come back five years later—full circle—and do it,” he said, before revealing Drake was eyeing “The Sequence” and “Don’t” tracks.

Tiller explained he and Drake had been looking to collaborate for years, but Tiller was having challenges with his mental state. These challenges held him back and from collaborating with Drake and was part of the reason why he didn’t release another album after True to Self for three years. Tiller’s mental state has improved since then and has hinted that he will be releasing another album this year.

It took three years for another Bryson Tiller album, but it was worth the wait. This track proves that Tiller and Drake wanted this song to be perfect. So much attention to detail on the production and vocals is showcased on “Outta Time.” This attention to detail persists throughout the entire album so if you like “Outta Time” then, you should check out the rest of ANNIVERSARY.