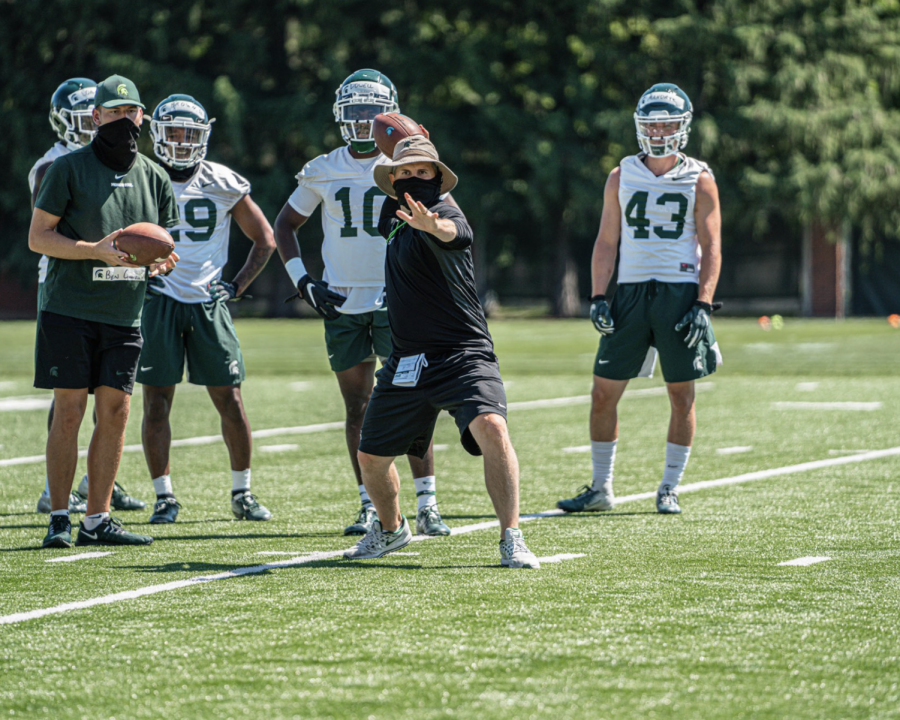 EAST LANSING – What an unexpected get for Mel Tucker.

A.J. Kirk Jr., a three-star safety from Columbus, Ohio, announced late Tuesday that he would continue his athletic career at Michigan State. Kirk, who had offers from Ohio State, Notre Dame, Penn State, Michigan, Kentucky and Minnesota, is the 16th commit that Tucker has landed in the 2021 recruiting cycle.

Not much information exists on Kirk on 247Sports.com; however, according to Rivals.com, Kirk was projected to choose Ohio State instead of MSU. Kirk currently plays for Archbishop Hoban (Akron, Ohio) and has helped lead the Knights to a perfect 5-0 record so far this season.

Last season, Kirk was an integral secondary piece for the Knights, who went 11-2 and won a pair of playoff games.

Kirk is the younger brother of former Ohio State and NFL star Mike Doss. Doss was a three-time All-American selection at Ohio State as well as a national champion; he was drafted by the Indianapolis Colts with the 58th overall pick in the 2003 NFL Draft.

Doss would go on to play for three different teams (Colts, Minnesota Vikings and Cincinnati Bengals) during a six-year career that ended in 2008.

Kirk, who is 6-foot tall and 200 pounds, is an underrated get for Mel Tucker. Despite being a bit of an unknown on the recruiting trail, the fact that Kirk was offered by Ohio State, Michigan, Penn State and Notre Dame signifies his immense talent.

He could prove to be quite the addition to a recruiting class that already features safeties Jah’von Grigsby and fellow Cleveland native Michael Gravely Jr.