After ACL tear, Tyler Hunt is trying out something new 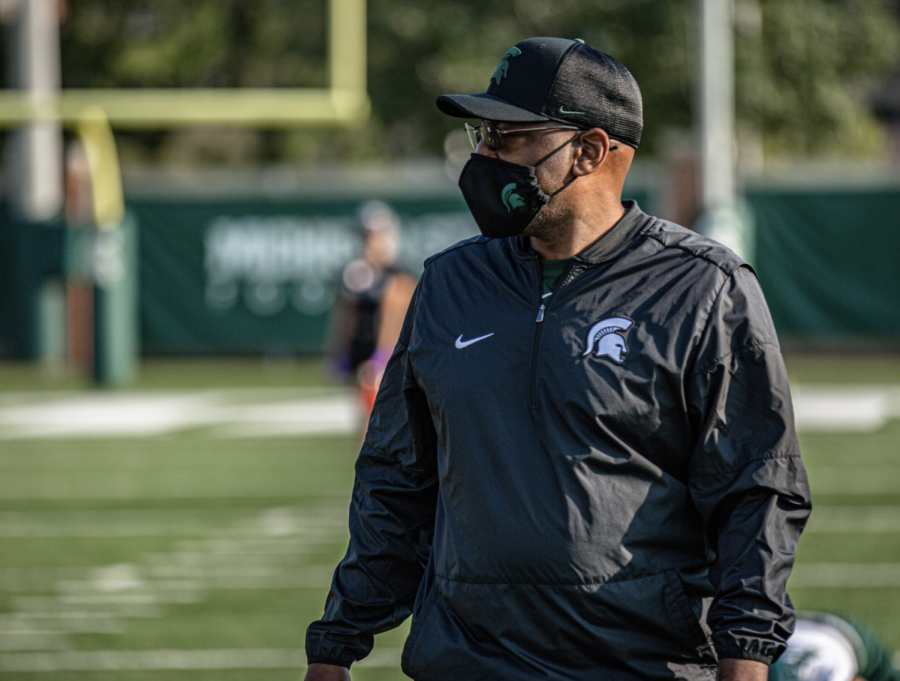 EAST LANSING– Tyler Hunt has had an eventful three seasons at Michigan State.

He joined the team as a walk-on and redshirted during the 2017 season before being thrust into the spotlight as a redshirt freshman when Jake Hartbarger was injured against Arizona State. He started in five games at punter during the 2018 season before suffering a torn ACL in practice, which ended his season.

A torn ACL is one of the most debilitating injuries that an athlete can sustain; many are never quite the same after the extensive surgery and rehabilitation process. However, in Hunt’s case, he has broadened his skillset, and as such, he received more opportunities during the 2019 season. In the 2019 season, he played in all 13 games and served as the Spartans’ primary holder. He also had a 16-yard kickoff return in the Pinstripe Bowl against Wake Forest.

As Hunt heads into a season that is unlike any other, he is getting an opportunity to contribute to the Spartans at a position that no one really expected—tight end. Hunt—who is listed at 6-foot-2 and 235 pounds—has the size to contribute as a blocker and in the passing game. Tight ends coach Ted Gilmore called him a “wonderful surprise” at the tight end position, and even says that “he brings some athleticism to the table.”

This isn’t the first time that Hunt has showcased his athleticism on a football field; he rushed for 1,231 yards and 24 touchdowns as a quarterback in 2016 at Gobles High School (Gobles, Mich.). He also was an honorable mention all-state basketball player in high school.

The tight end position may end up being one of the most crucial focal points in the new-look Spartans offense under offensive coordinator Jay Johnson and Gilmour. In a recent media availability session, Gilmore said that “We’re going to need every single one of those guys to give us some depth… in this offense, we need those guys to be good because they factor into every single thing we do, run and pass.”

The other notable tight ends on the roster include Matt Dotson, who is coming off an Achilles injury, and Trenton Gillison. Dotson has 329 receiving yards in his career and two touchdowns while Gillison—a 4-star recruit in the class of 2018—had four catches for 88 yards in the Pinstripe Bowl, a career-high in both categories.

Between Dotson and Gillison, the Spartans have two capable options at tight end. If Hunt can become a competent third option, the tight end group may prove to be one of the deepest positions on the MSU roster.