EAST LANSING- After a playoff format the NHL has never seen before, a five period overtime thriller, three Game 7’s in two days and several historic goaltending performances, we are down to our final two teams. The two contenders remaining for the Stanley Cup are the Western Conference Champion Dallas Stars and the Eastern Conference Champion, the Tampa Bay Lightning. Let’s take a look at the two teams still standing. 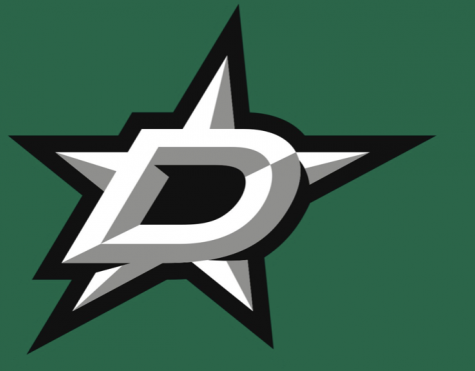 Dallas enters the finals as an underdog; The Stars are the textbook definition of a team that makes the most of every chance they get. The Stars did not outshoot the Golden Knights in a single game of the series, yet Dallas closed the series out in five games. Dallas won’t get 40+ shots a game on net like the Lightning, but they get the most out of every shot.

Credit must be given to Dallas’ strong net-front presence, and strong contributions from their blue line in the offensive zone, specifically, 21-year-old Miro Heiskanen. Heiskanen has been an anchor in the defensive zone and just as much of a dangerous threat in the offensive zone (leading Dallas with 22 points in 21 games); he plays with the confidence of a veteran, not someone who has been in the league for only a few years.

The offense for Dallas has been more top-heavy than the Lightning, with certain guys playing lights-out in the offensive end like captain Jamie Benn, who has notched 18 points, Joe Pavelski and his 14 points, and Alexander Radulov, who has also notched 14 points, including two overtime goals.

The real anchor of this team has been goaltender Anton Khudobin who has been so stellar that he deserves his own section in this article (which we’ll touch on later.) 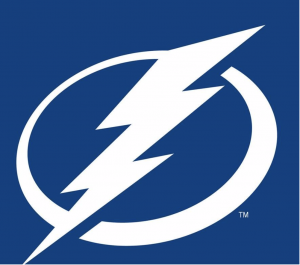 The Lightning are four wins away from the NHL’s version of the University of Virginia basketball team. Virginia suffered the worst first-round loss of all time, then came back the next year and avenged it with a title. The Lightning were swept out of the first round of the playoffs last year at the hand of the Columbus Blue Jackets, after one of the best regular seasons ever. That will all be forgiven if the Lightning can finish this off and win their first Stanley Cup since 2004.

Tampa Bay got here thanks to contributions from every part of the roster. Their center depth and strong blue line have held it down on both ends of the ice, with guys from their bottom-six forward. The 2nd and 3rd line defensive pairings usually play well enough to never give Tampa’s opponents an easy line shift.

Tampa Bay captain Steven Stamkos hasn’t played since Feb. 25 after sustaining a lower-body injury. He is out for game one, but has been skating with the team for a few weeks and could dress for a game this series. With Brayden Point and Anthony Cirelli playing injured, getting their former Rocket Richard trophy-winning leader back on the bench would be a massive morale (and power play) boost that makes Tampa almost unbeatable.

Dallas holds a major advantage in special teams coming into the final. The Lightning and Stars have similar numbers on the penalty kill with an impressive 83% kill rate for both teams. However, the power play is where Dallas has the upper hand. The Stars have an impressive 27% conversion rate on the power play compared to the Lightning’s 17.9%, which means if Tampa wants to win, they have to stay out of the box.

The emergence of Anton Khudobin this postseason will make this a can’t-miss goalie matchup between Khudobin and Tampa’s Andrei Vasilevskiy. Statistically, Vasilevskiy has been better so far with a .931 save percentage compared to Khudobin’s .920, but you’d be hard-pressed to find someone who wouldn’t prefer Khudobin based on how the two are playing right now. Vasilevskiy has looked good, but Khudobin has shown that when he gets in a rhythm in the bubble, you aren’t scoring on him.

Tampa Bay: Stay out of the penalty box

Dallas is too good on the power play to take careless penalties. The Stars are a team that has made it this far by making the most of every mistake their opponents make. If Tampa Bay starts taking multiple silly penalties a game, they could find themselves in a hole that is too big to climb out of.

Dallas: Keep the front of the net clear from traffic

Anton Khudobin is good enough to win Dallas this championship, but he will need help. Tampa gets a lot of shots on net and are typically very good at deflecting shots and scoring on rebounds. However, if Dallas keeps the front clean and forces Tampa to beat Khudobin clean on the first shot, the Lighting’s offense will look a lot less scary.

Tampa Bay wins it in 7

Dallas will fight hard and win three games, but in the end, you can only hold the Lightning off the score sheet so much before they find a groove, especially if Stamkos suits up.

Point battling through injury in the absence of Stamkos to lead this offense the pinnacle of a title will earn him a Conn Smythe trophy after showing the entire hockey world what a force he truly is.