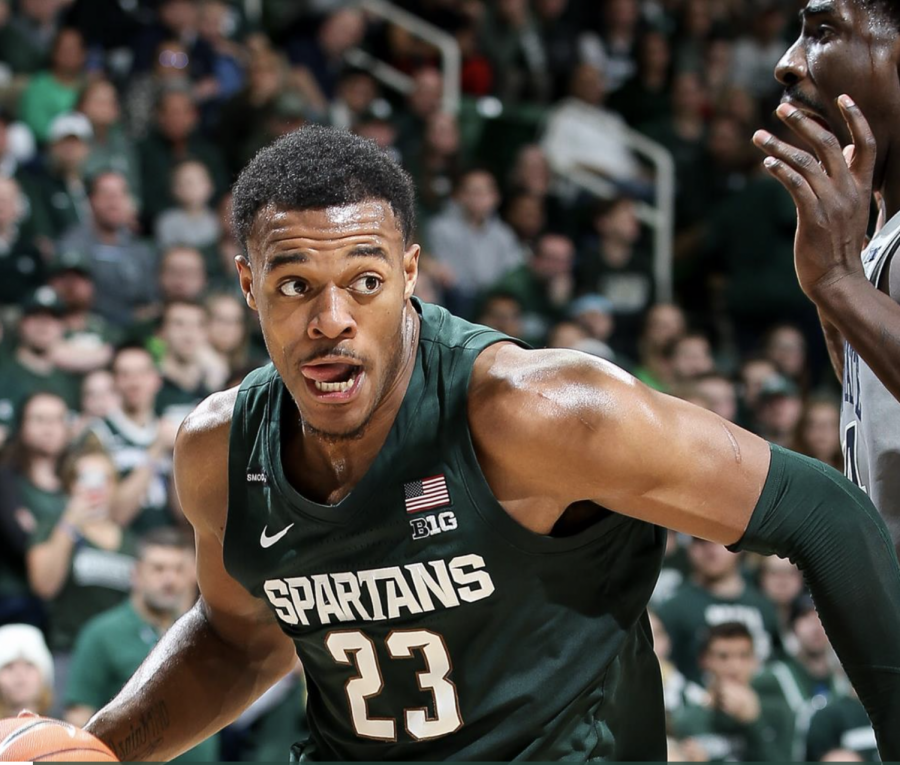 EAST LANSING — As more and more college basketball players began to announce their intentions to either return to school this fall or depart for the NBA Draft, many in the world of college basketball still awaited the final decision from perhaps the Big Ten’s most impactful post defender and rebounder, Xavier Tillman. On Aug. 2, Tillman announced he would not be returning to MSU for his senior year and would be officially entering the 2020 NBA Draft.

Tillman said that in the early feedback he received from NBA scouts and teams, 17% suggested he would go undrafted and roughly 30% predicted he would be picked early in the second round. By the second round of evaluations, the number of those clubs who thought he would go undrafted had dropped significantly to 9-10%, while the number of teams who thought he would get drafted neared 40%. His projected draft position had also risen from an early second-round selection to a late first-round pick.

Many fans, players, scouts, teams and analysts knew Tillman’s family would play a large role in his decision. Despite Tillman— a husband and father of two young children—saying his family would’ve been fine spending another year in East Lansing, going pro was the step he wanted—and needed— to take.

“Me and my wife have had this dream for the past two years… starting our family for real,” said Tillman.

The decision to leave Michigan State was not an easy one for Tillman. “I flip-flopped back and forth a lot,” he said when explaining the tumultuous process he had undergone over the summer. Back on July 15, Dick Vitale tweeted that he had confirmation that Tillman was expected to announce his decision to return to Michigan State for his senior season instead of entering the draft. After that tweet, Tillman said he received a phone call from an NBA team (which he left anonymous), and they worriedly inquired why he would be returning to school, as they still had significant interest in drafting him. Tillman cited that phone call as a turning point in his decision when he realized, “I’m getting a lot more interest than I expected,  I need to make this leap.”

Multiple teams have expressed heavy interest in Tillman, though he did not reference any specific club by name.  Tillman said he “just wants to find a team that will buy into me and what I bring to them,” and cited former Spartan Draymond Green and his success with the Golden State Warriors as a model example. Tillman mentioned that he’ll be thrilled to go anywhere but ultimately he wants to find the right fit for him and his family, and get to a place where he “can win some games and hopefully be successful.”

Success has followed Tillman at every level of basketball he’s competed at; no matter where he is selected, the reigning Big Ten Defensive Player of the Year will bring a unique and gifted skill set that any team would be lucky to have.

Brendan Schabath is a reporter for WDBM Sports who primarily covers men’s basketball. Follow him on Twitter at @Bschabath3.