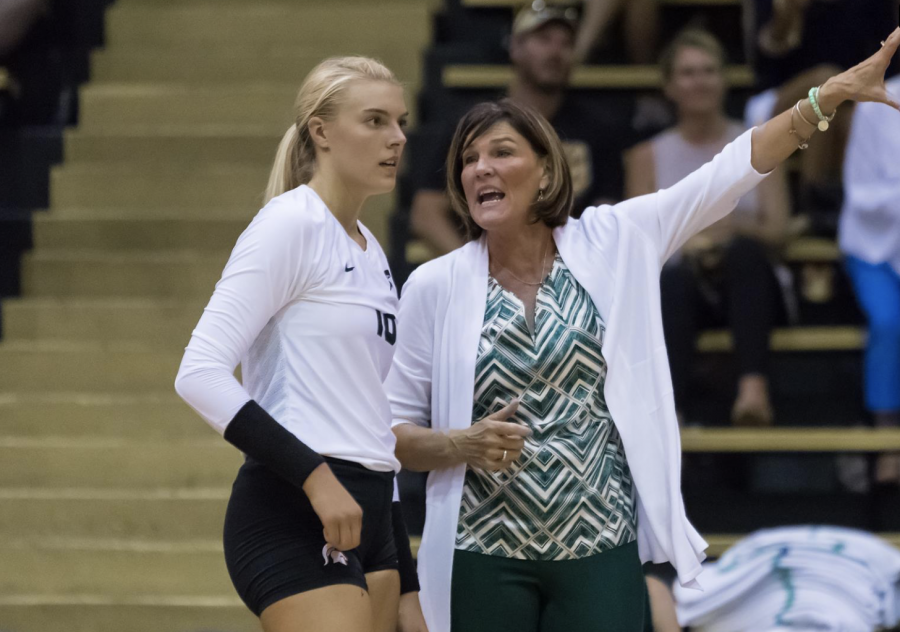 EAST LANSING – As a result of their phenomenal academic performance, the United States Marine Corps and the American Volleyball Coaches Association awarded the MSU volleyball team with the USMC/AVCA Team Academic Award for their in-classroom grades in 2019-20.

The USMC/AVCA academic award was created to incentivize volleyball teams to succeed in the classroom. MSU was one of 1,313 teams that qualified for and earned the award this season.

In order to qualify for the award, a team must have a year-long cumulative team GPA of at least 3.3 on a four-point scale or 4.1 on a five-point scale.

On the 2019-20 academic year, the Spartans accumulated a 3.46 cumulative team GPA. Both Samantha McLean and Lauren Swartz finished the year with spotless 4.0 marks. McLean, who was a senior this past year, was able to maintain a perfect 4.0 GPA in her time at MSU as a pre-med major. Swartz, meanwhile, is pursuing her master’s degree in marketing research.

— MSU Volleyball (@MichStVB) July 20, 2020
McLean and Swartz, along with Maggie Midgette, Meredith Norris and Elena Shklyar, received all Big-Ten distinguished Scholar honors for earning a 3.7 mark between the fall and spring semesters of 2019-20.

Midgette graduated this past year with a degree in packaging. On the other hand, Norris will be a senior this year and is majoring in Kinesiology, while Shklyar is majoring in Journalism.