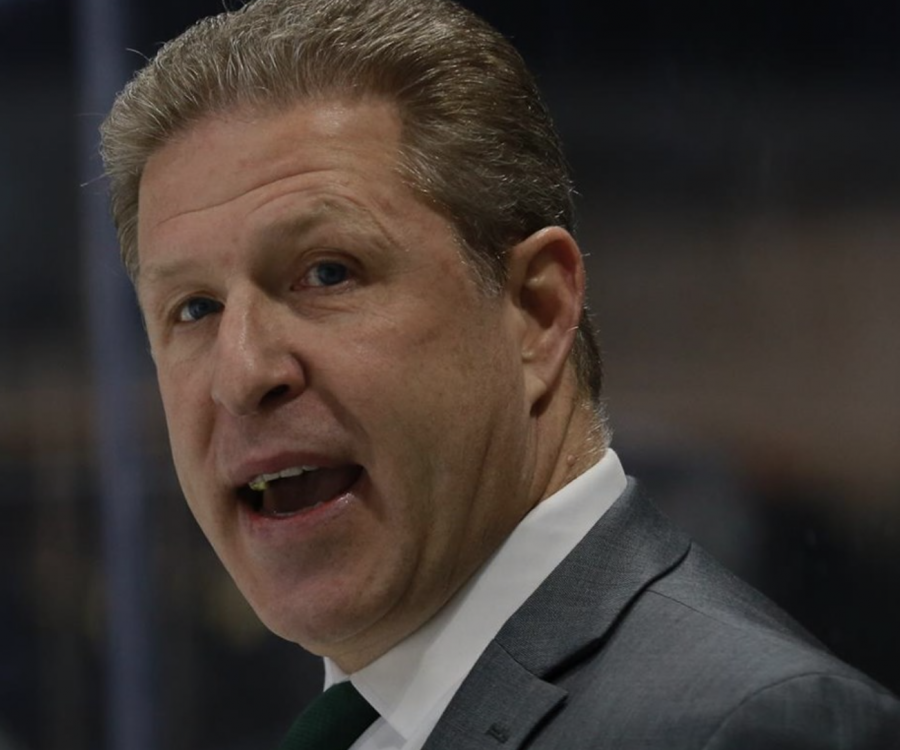 Combs transferred to Michigan State from Bemidji State, where he played for three seasons. Combs played both wing positions from 2017-20, where he scored 60 points and 36 goals in 108 games for the Beavers. Combs is a unique case in this class —he was born in 1996— and is much older than the rest of this class who are all at least three years younger.  Combs will bring some much-needed Division I experience to a team that lost a plethora of seniors at the end of the 2019-20 campaign.

Connor is a lengthy defenseman with strong playmaking abilities who could come in and see special teams action based on his defensive zone skill. He spent the last four seasons in the British Columbia Hockey League (BCHL) Connor had a career season last year, as he tallied 27 points during his final ride in the BCHL. Connor also competed in the World Junior A Challenge under Team Canada West.

Haskins is a versatile forward who is very good at getting shots on net. Last season was his second season in the United States Hockey League (USHL), where he spent time at center and wing. Haskins tallied 18 points in 48 games last season.

The youngest signee out of the class is Hodges, who was born on Aug. 24, 2001. Hodges is a two-way player who tallied 30 points in 49 games despite being traded halfway through the year. He also won the USHL Forward of the Week award this last season after putting up six points in two games.

Mor is a decent-sized goalie who, like Connor, spent a significant amount of time in the BCHL, where he amassed a .889 save percentage and 3.56 GAA. Mor also spent time with the United States National Team Development Program (USNTDP) before the BCHL.

After playing three seasons in the USHL, Nienhuis was voted to the All-USHL Second Team in 2020 after he led all USHL defensemen in assists with 30. While he is undersized for a defenseman, he makes up for it with his defensive zone awareness and intelligence. Despite his solid defensive play, it is Nienhuis’ vast offensive skillset that may allow him to touch the ice sooner rather than later.

Charleson gives the Spartans another reliable option between the pipes. The Ontario native put up impressive numbers in the Alberta Junior Hockey League (AJHL) with a .901 save percentage and 2.42 GAA over two years with the Brooks Bandits.

Dybicz adds physicality and durability to a class that has some prolific scorers on the blueline. Dybicz has played for the Tri-City Storm since 2018; he accumulated 18 points in 104 games with the team. His best year came in 2017 with the Minnesota Magicians of the North American Hockey League (NAHL), where he wound up with 24 points, 16 of those being assists. Dybicz is a solid acquisition that will give the Spartans stability and grit on defense.

Gallacher is an underrated two-way defenseman who may provide more offensive firepower to the Spartan’ blueline. Originally from Rochester Hills, Mich., Gallacher has spent the past two seasons in the USHL with the Youngstown Phantoms. Last season, Gallacher led all Phantom’ defenseman in scoring with 25 points, including 17 assists through 46 games.

Papp is a consistent offensive presence and has been able to produce consistently throughout his young career at all levels. Papp, who was born in Budapest, Hungary, has been a consistent starter for Hungary’s U20 Team and has been an offensive powerhouse in the USHL for the Madison Capitols and the Des Moines Buccaneers. He has produced two consecutive 30-plus point seasons and looks poised to keep the Spartan’ offense rolling after the loss of multiple high scoring seniors this offseason.