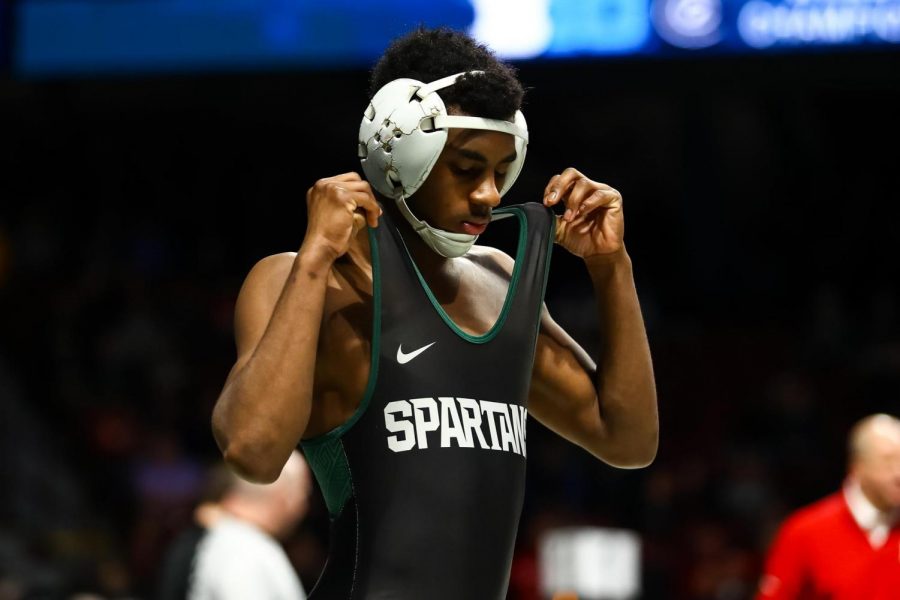 EAST LANSING – The Open Mat, a nationally-respected independent news resource for college, high school and international wrestling, has released its preseason rankings for individual players and teams in the NCAA Division I ranks, and Michigan State made a splash.

The Spartans are tied for No. 13 in the preseason top 25 team rankings, and six Michigan State wrestlers are ranked in the top 33 of their respective weight classe. When The Open Mat released its final rankings before the COVID-19 pandemic on Feb. 26, the Spartans were not included.

Three Michigan State seniors are ranked in the top 33 of their respective weight class. Alex Hrisopoulos comes in at No. 30 in the 149-pound weight class, Jake Tucker is ranked No. 19 in 157 and Drew Hughes sits at No. 20 in 165.

Juniors Rayvon Foley (125) and Cameron Caffey (197) are both ranked at No. 4 in their weight classes. Sophomore Layne Malczewski is the youngest Spartan in the rankings, coming in at No. 16 in the 174-pound class.

Big Ten foes Iowa and Michigan are ranked No. 1 and No. 2 in the team rankings, with Princeton tied for No. 13 with Michigan State.

The Open Mat does note that its rankings, which were released on July 6, are a rough look at the 2020-21 season due to the COVID-19 pandemic closing schools, along with potential weight changes and redshirt decisions.

Michigan State finished the 2019-20 season with a record of 8-10 overall and 2-7 in Big Ten play. The Spartans finished in 10th place in the Big Ten Championships before the season was cancelled.