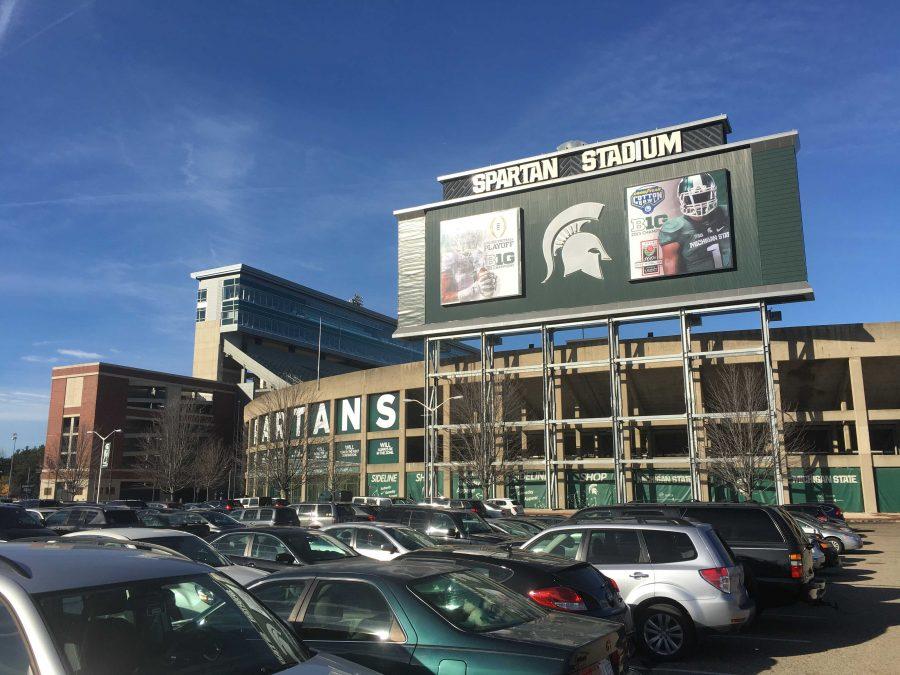 EAST LANSING — It has been just under three months since the night of March 11, when the sports world came to a screeching halt, with Utah Jazz star, Rudy Gobert, testing positive for the coronavirus, prompting the NBA to announce the suspension of its season, and the rest of the sports world followed shortly after.

Three months later, the COVID-19 pandemic has taken a toll on the economy and health of Americans everywhere.

Today on June 4, Michigan State athletic director Bill Beekman and the athletic department at the school announced that athletes will be allowed back on campus starting on June 15, and that they also expect fans in Spartan Stadium for the Spartan’s home opener against Northwestern.

The announcement also outlines the department’s plan for handling their return.

According to a press release from the athletic department, “Returning student-athletes will report to the Clara Bell Smith Student-Athlete Academic Center on June 15 for COVID-19 testing at a dedicated time depending on the sport.

Although Beekman acknowledged that this is a step in the right direction and that the department is planning to, “play as normal a (fall sports) season as possible,” and that, “the goal is normalcy,” he also reiterated that the situation is fluid and that things will look different in the fall during a press conference on Monday.

Dr. Jeffery Kovan, who is the Director of Sports Medicine and Performance and Primary Care Team Physician, acknowledged that there will be positive tests, and the school is preparing for that reality.

Kovan said that one athlete has tested positive and that the athlete’s mother and sister also tested positive, but all three were asymptomatic carriers.

Part of the athletic departments plan is a focus on keeping the number of people involved in a workout to a minimum and separating the student-athletes into small groups.

This will allow the school to quarantine the group due to a positive test, rather than the entire team.

Beekman did comment on what Spartan Stadium may look like for fans in the fall, saying that while the plans could drastically shift due to new developments in the fight against the COVID-19 virus, the department is planning to have fans in the stands for the season opener against Northwestern on Sept. 5.

He expects the capacity to be somewhere in the 20% to 30% range, with students as the top priority, and then season-ticket holders and major donors.

Freshman and new additions for football, men’s and women’s basketball and volleyball will return on June 29, and hockey student-athletes will return to campus for their testing on July 6.

Additional student-athletes will return at a later date.

While this is just the first step, Beekman said that things could change just as quickly due to the nature of the pandemic.