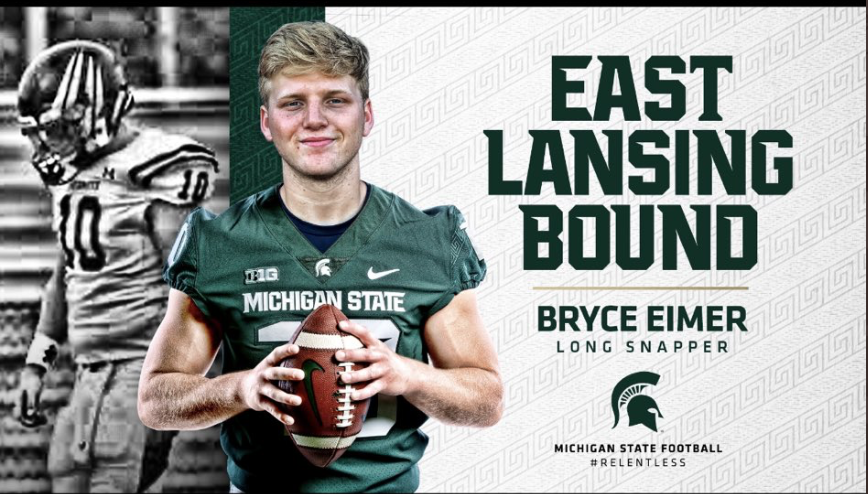 After much discussion with my family, and carefully considering the incredible options I have been presented, I am extremely excited to announce my commitment to Michigan State University! @Coach_mtucker @CoachDGibson @LetitRide19 pic.twitter.com/GKQf9vwq28

— Bryce Eimer (@bryceeimer12) May 28, 2020
Despite not being a highly-touted prospect, Eimer has spent the past three years training with Rubio Long Snapping. The 5-foot-11 Eimer is a “seasoned long snapper with extremely disciplined and crafted technique,” according to Rubio Long Snapping. He has also been praised as someone who “moves very well on his feet when he is going side to side.”

In addition to being a long snapper, Eimer also played a bit of defensive end for St. Augustine Prep. Eimer’s Hudl page also has him listed at 5-foot-11 and 205 pounds.

He will be expected to compete with sophomore Jude Pedrozo for playing time in 2021.