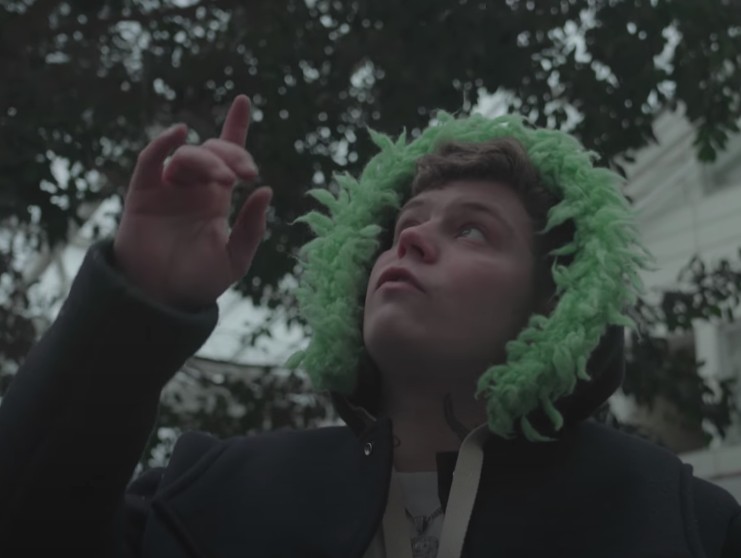 Yung Lean has always been an oddity in the rap movement. He rose to prominence with his 2012 and early 2013 singles, “Oreomilkshake” and “Ginseng Strip 2002” (later expanded into the Lavender EP with accompanying track “Greygoose”). These strangely jaded cuts with their apathetic delivery went viral – cementing Yung Lean as one of the first “Internet rappers.”

Through this meteoric rise, Yung Lean came to the forefront of meme culture through his detached and the pseudo-self aware “posternism” of his art. Though often derided as an unlikely star that lacked artistic depth, his esoteric lyrics on Arizona brand iced tea and bad one-liners somehow created one of the most headscratchingly perfect albums on the microcosm of mid-2010’s cloud rap: Unknown Death 2002.

Unlike today, where SoundCloud has served as a stepping stone into stardom for artists like the late LiL PEEP and the late Juice WRLD, Yung Lean’s peak in the public eye ended where other artists have transitioned onto the main stage. Yung Lean, though seemingly out of the populist mainstream, has become increasingly prolific. Signed to Swedish label Year0001, Yung Lean has almost rejected the musical zeitgeist that had been partially constructed by himself in the wake of his success.

Yung Lean’s rejection of a pathway to stardom allowed him to not shine brightly and burn out. Yung Lean’s slow approach allowed himself to experiment and grow as an artist. Through his free spirited creation, he has created increasingly compelling and  impressive music manifesting in numerous side projects and subsequent albums. Död Mark is a post-punk outfit of Lean and collaborator Yung Gud which experiments with digital hardcore on their album Drabbad av sjukdom. jonatan leandoer127 is a solo project of Hastad, and allows him to explore more pop-influenced soundscapes: with indie-folk album Nectar, and the lo-fi hypnagogia of Psychopathic Ballads.

In line with the stylistic shift of Stranger, he has been refining, and damn near perfecting his blend of trap, cloud rap and alternative R&B. With the stumbling melodica synth grounded by the delicate footsteps of the snare, Yung Lean’s lyrics anchor themselves among pandemonium: “Ayy, cocaína in the nose, spend a fortune / Shawty bad, shawty bad, yeah, she gorgeous.” The first verse shows Lean speaking on the excess of fame, which becomes juxtaposed by bittersweet delivery of his verse and instrumental: “She wants that Leandoer, these other boys be borin’ / Tell her when she want me in the morning.” He seems to be entrapped in a manipulative, one-sided relationship, used for his status and the benefits that come from it.

Yung Lean’s deadpan delivery is consistent throughout as his lyrics become increasingly intimate, detailing the collapse of his love: “Pledge allegiance to myself, know what to do / Pledge allegiance to what we started, it’s all I do.” Against the ghastly and ethereal chords, his detachment becomes increasingly perverse and realized. The rhythm of his flow begins to construct a hypnotising feeling of entrapment, showcasing his own feelings of imprisonment against something that he desperately wants to salvage.

The revelation of self-awareness has Yung Lean combatting his deepest desires with the ugly reality: “Fuck what they all say / Made of steel but my heart breaks.” Lean’s carefully balances unchecked emotion with Whitearmor’s instrumental fragility. The rich and somber chords, snares and chimes portray a despondency like no other, clearly painting the mindscape and tribulations of Yung Lean.

I have seen many people cite Yung Lean to be some Swedish kid making incoherent music in the eternal temporary. To those who claim Yung Lean to be a product of the oversaturation of internet culture and the burgeoning influence of hip-hop, you are wrong. Yung Lean’s output has proven that he is on the cutting edge of alternative R&B and cloud rap, and continues to outpace those who had sped “past” him long ago. What is evident with “Pikachu” is that Yung Lean’s latest effort is shaping up to be as electrifying and timeless as its namesake.