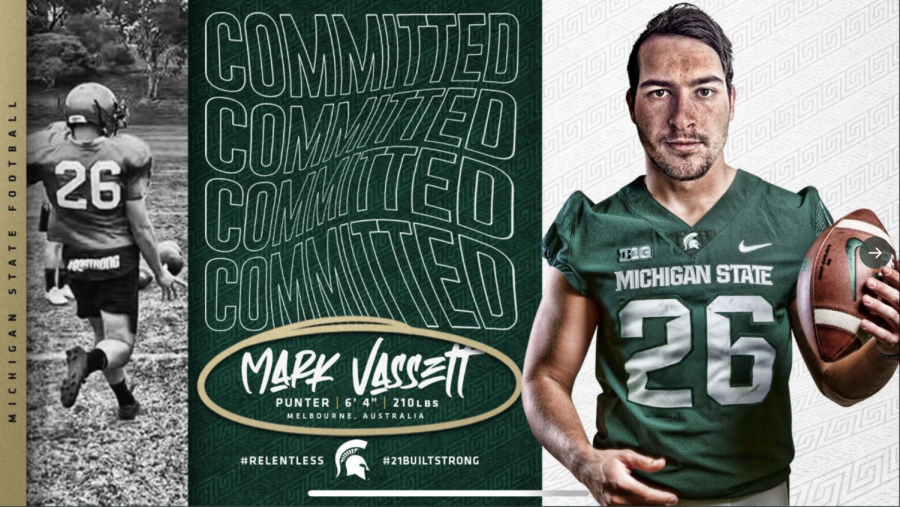 East Lansing– After adding 11 three-star recruits within the United States for the 2021 recruiting class, Mel Tucker went overseas for the first time as Michigan State’s head man with the commitment of Australian punter Mark Vassett.

I am extremely blessed to announce that I have accepted a full athletic scholarship offer from Michigan State University! @MSU_Football #GoGreen #RELENTLESS pic.twitter.com/rXfypvvOj2

Vassett is a little-known prospect with minimal American football playing experience. He currently resides in Melbourne, Australia, and trains with Prokick Australia, who, according to their Twitter page, assists with “transitioning Australian kickers, punters and athletes to the grand stages of American Football.”

247Sports does not have a scouting profile on Vassett, but the Melbourne native has intriguing size for the position—he is 6-foot-4 and 210 pounds. He will be expected to compete with current redshirt juniors Tyler Hunt and Bryce Baringer for the starting punting job next season.