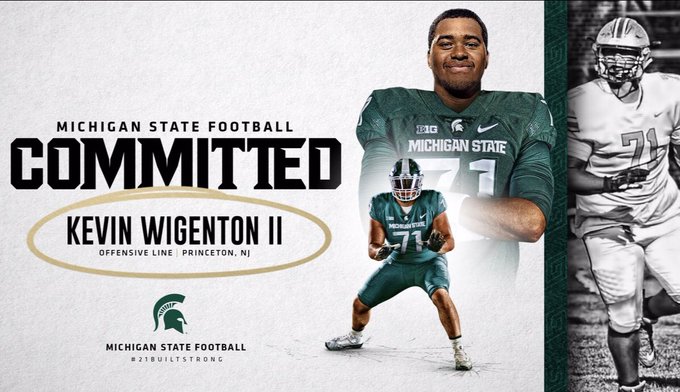 EAST LANSING — Kevin Wigenton II had offers from Yale, Maryland, Pittsburgh, Rutgers, Colorado State and a litany of other Div. I programs.

Wigenton, a three-star offensive guard in the class of 2021 out of the Hun School in Princeton, New Jersey, chose Michigan State.

Wigenton II visited back in June and was recruited by new offensive line coach Chris Kapilovic.

He joins a bevy of three-star recruits, most recently quarterback Hamp Fay out of Fort Worth, Texas.

Running back Davion Primm, who committed last month, opened up the floodgates as Tucker has seemingly nabbed commits left and right after a stale few months of recruiting following a largely unrecruited 2021 class under the staff of Mark Dantonio.