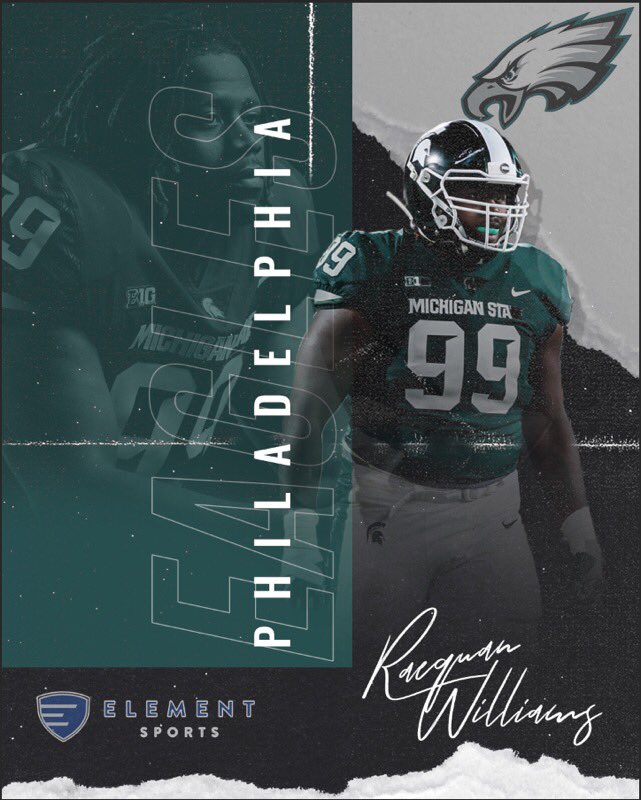 Michigan State had several players who had expectations to hear their name called in the 2020 NFL Draft.

The good news for them? They’re able to sign as undrafted free agents, of course. Williams landed a spot with the Philadelphia Eagles.

The 6-foot-4, 308-pound interior defensive lineman was a recruit out of DePaul College Prep in the Chicago area, but rapidly grew up into one of the most charismatic and consistent starters on the Spartans roster during his four year career at MSU. Williams made 42 consecutive starts at defensive tackle for MSU.

His dream of playing professional football came true after his love for the game wavered at a young age following the death of his cousin and younger brother, who were killed in a shooting.

“I’ve met with so many different teams,” Williams told USA Today prior to the draft. “Off the top of my head, I can recall meeting with the New England Patriots, Philadelphia Eagles, Atlanta Falcons, Buffalo Bills and Los Angeles Rams. I’ve met with quite a few teams but those are the ones that come to mind right now.”

Sometimes, all it takes is one chance, and Williams got that with one of the teams he met with in the pre-draft process.

#FlyEaglesFly Congrats to our guy Raequan Williams (@be_great99) for signing with the @Eagles ! 🙏🤞#ElementFamily pic.twitter.com/t19AWxvuaH

Williams at times struggled, especially against strong competition, but was one of the bright spots during the previous four years of up and down team football at MSU.

Williams had five sacks for 31 yards lost in 2019, his most in a single season. He primarily lined up at nose tackle for the defense and has always played on the interior, where he projects in the NFL.