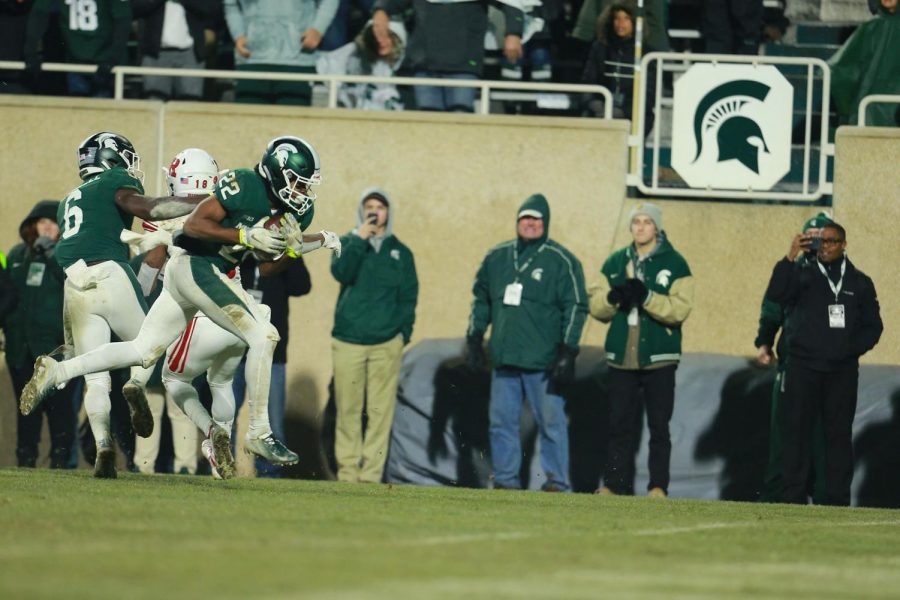 Josiah Scott arrived on Michigan State’s campus as a 3-star recruit out of Hamilton, Ohio with expectations to contribute in a program known for producing NFL defensive backs.

He did, from day one. Scott was named a freshman all-American in 2017 and eventually was named Most Valuable Player of the 2018 Redbox Bowl after overcoming an early season knee injury.

His career success at MSU paid off today as Scott was drafted to the Jacksonville Jaguars with the 137th pick in the fourth round of the NFL draft.

The Jaguars traded away star cornerback Jalen Ramsey this past offseason and drafted Florida cornerback CJ Henderson with the No. 9 pick in the first round.

“This is a player I thought a lot of teams were targeting today,” said Daniel Jeremiah of NFL Network on ESPN’s NFL draft broadcast. “He’s very fluid, he’s athletic. The only thing that gives you trouble is he loses some 50-50 balls to bigger receivers … he’s better suited to play the nickel and matches up better inside.”

Scott can be a contributor right away, according to Mark Ellenz, the director of college scouting for the Jaguars.

Especially for a rebuilding Jaguars team that struggled mightily, specifically on defense and at quarterback, after making the AFC Championship game in 2018.

“Productive kid, tough, has all the qualities we’re looking for in a player,” Ellenz said in a teleconference on Saturday.

“He’s really athletic, got really good quickness and speed. He ran really well at the combine, so that kind of verified what we saw on the film. He’s really tough. He’s not the biggest kid but he’s tough and we see him competing for a nickel role.”

Scott played in 30 games during his Spartan career and is projected by most NFL draft analysts to play as a slot corner. Many analysts believe he can be a day 1 contributor at the position.

The junior decided to forego his final year of eligibility and totaled 55 tackles, 38 of them solo, during the 2019 season. He finished his career with 25 pass break-ups and seven interceptions.

“I think he’s going to be a Day 1 starting nickel,” Jeremiah said earlier in the offseason.

Despite the high praise, there have been questions about Scott’s ability to compete with larger and more physical NFL wide receivers. Scott is only 5-foot-9, and that lack of size contributed to his drop into the later rounds after some draft pundits thought he could’ve been picked as high as the second round.

With Scott’s selection, Michigan State has now had a player drafted in 80 consecutive drafts. Other MSU NFL draft hopefuls awaiting their names to be called include Kenny Willekes, Joe Bachie and Brian Lewerke.

This story has been updated.