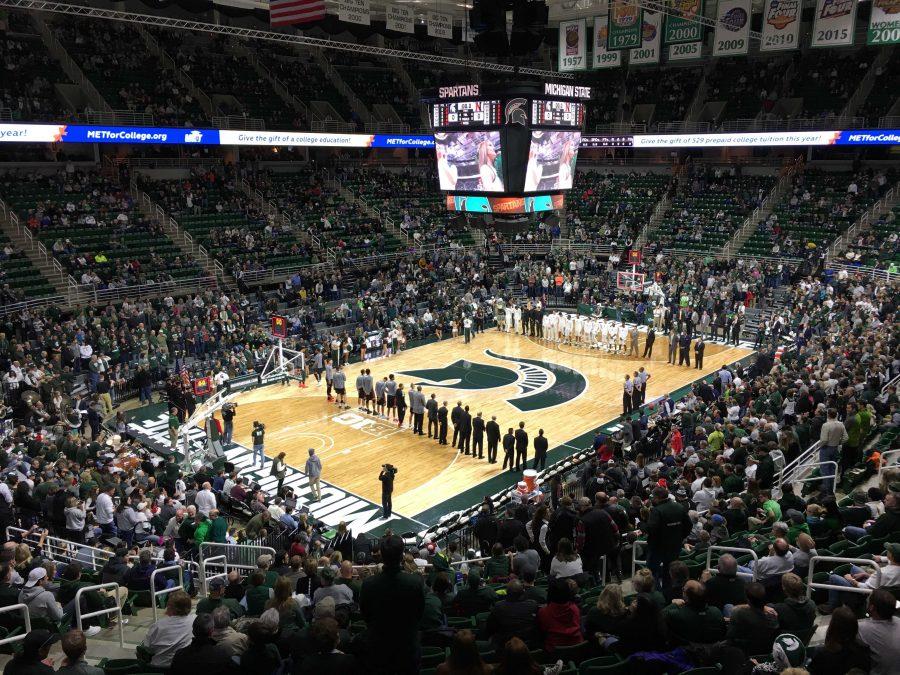 EAST LANSING — After the cancellation of the 2020 NCAA Tournament, good news has been few and far between for the Michigan State men’s basketball team. However, the Spartans received some positive news on Wednesday, as four-star shooting guard and Detroit Douglass star Pierre Brooks announced his commitment to Michigan State for 2021.

The commitment of Brooks closes the book on a hotly-contested recruiting cycle that saw Brooks visit MSU several times in person over the past year. Other Big Ten schools, such as Michigan, Iowa and Northwestern also extended offers to the talented four-star.

Brooks, who is currently 6-foot-5 and 180 pounds, has the ideal measurements to contribute immediately on next year’s Spartan squad. Brooks also possesses a phenomenal basketball IQ, as evidenced by his sterling 4.1 GPA. He also averaged 23.2 points and seven rebounds over the past season with Detroit Douglass.

With Brooks now verbally committed, the Green and White have a talented backcourt for the foreseeable future with the likes of Pennsylvania native A.J. Hoggard and Rocket Watts.

According to 247Sports.com, Brooks is the second-best overall prospect in Michigan and the 96th best prospect in the country.  He also is currently ranked as the 21st best shooting guard in his class.

The Spartans will now turn to other elite in-state players, such as Farmington point guard Jaden Akins, who also currently holds an offer from Michigan State. While it is a bit premature to project where Akins will go, 247Sports.com currently has a crystal ball prediction that points to Akins committing to MSU.

Nathan Stearns is the sports editorial assistant for Impact 89FM WDBM who primarily covers football and basketball. Follow him on Twitter at @NathanStearns11.