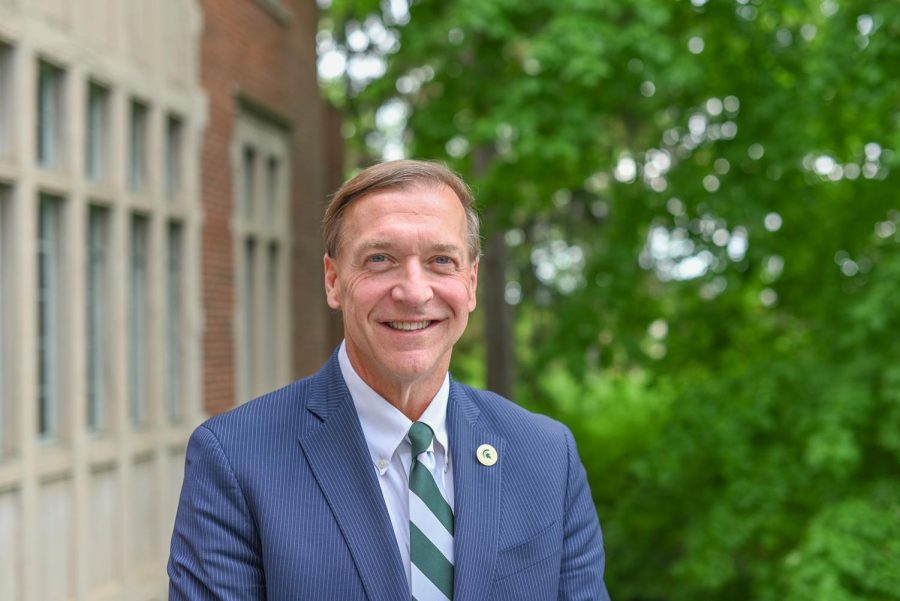 This interview with President Samuel L. Stanley Jr. was on April 9

LANSING — Michigan State University President Dr. Samuel L. Stanley Jr. has been tasked with navigating one of the most unfamiliar situations in recent U.S. history: a pandemic.

Stanley sat down with three of Impact’s staff members last week to discuss the situation and how his background in infectious diseases has made navigating this confusing time in society a little easier.

The university made the decision to go online until April 20, shortly after MSU’s spring break. This was eventually extended to the rest of the school year and until next fall as the summer semester approached.

“The reason being we look at the timing of the epidemic in Michigan,” said Stanley. “Where we stand, I don’t think we’re going to be at a spot yet where the disease activity has gone down to level where we think it would be safe. Again that’s hard to predict.”

The former Stony Brook University president said that the main problem at the time was testing, saying that if testing was more readily available then some decisions would’ve been different.

“What’s the risk to an individual student, faculty members … and so on if we bring everybody back?” said Stanley. “Until we have better data, it’s hard to make predictions about when we will be better at making those decisions on when to bring people back and so on.”

Stanley spoke on the emptiness of campus, saying that it was sad to see it as empty as it was. He noted that they are working on a virtual celebration for MSU’s class of 2020 seniors.

“We’re really going to expand online offerings for the summer and then in the fall,” said Stanley. “What adjustments might we have to make?”

Those questions were posed by Stanley as a main reason why they were exploring all options when it came to keeping students on the campus safe.

The university has also had the use of on-campus spiral ovens that could be used to decontaminate masks for hospital workers in the greater Lansing area, but it is being reviewed currently by the Food and Drug Administration.

“We’re trying a couple of things, we want to get this approved by the FDA and we have people in congress helping us,” said Stanley. “We have volunteered housing for healthcare workers on the frontline … we have offered space on our campus as well.”

Stanley said that the university has planned and will provide housing to those who need it on campus and that they also have on-campus housing that is specific to those in need of quarantining.