The Genius of Bill Withers 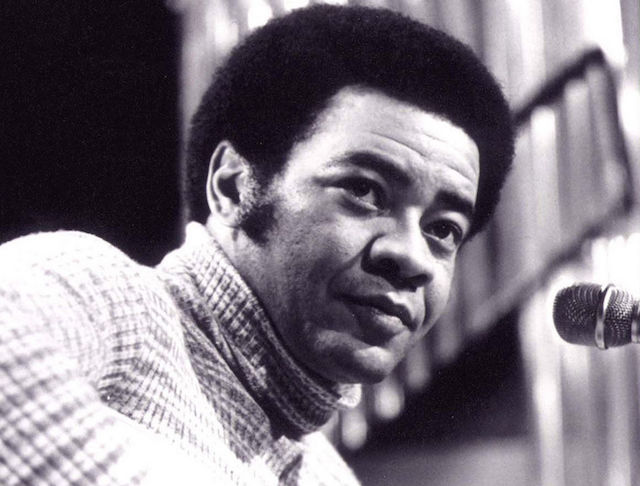 Bill Withers, whose trademark singles “Ain’t No Sunshine,” “Lean on Me,” “Use Me” and “Lovely Day” established him as a visionary contributor to the definitive American songbook, passed away Friday morning from heart complications. He was 81 years old.

His death immediately triggered a flood of sombre remembrances on social media. John Legend, Chance the Rapper, Susan Rice and Metro Boomin among others led this charge. All praised his soulfulness, his remarkable songwriting ability, his humility and the way his songs changed both their lives and the world at large.

However, any artist with a legacy as towering as Bill Withers’ deserves more than a simple obituary. Thus, let’s discuss the genius of Bill Withers and reflect on the remarkable impact his music has made on popular culture as a whole.

In 1971, fresh off a nine-year stint in the U.S. Navy, Withers recorded his full length debut, Just As I Am, for Sussex Records. Containing the immortal “Ain’t No Sunshine,” Just As I Am was a sizable success, further buoyed by smaller hits like “Grandma’s Hands” and “Harlem.” It proved to be the start of a remarkable career and successfully announced Withers as a bona-fide songwriting talent to the world at large.

While an album containing this crop of songs would be a hit in any time and place, Just As I Am was also an instance of the right album being released at the right time. The early ‘70s were something of a crossroads in the history of American culture. Among other fascinating examples of context (the dark ending of the Summer of Love, the raging Vietnam War and a nation reeling from the violent end of the Civil Rights Era-proper), 1971 was also the point where classic ‘60s soul began slowly transitioning into contemporary ‘70s R&B. Just As I Am was able to meet these colliding-yet-interconnected landscapes half-way, resulting in an album with the tonal and literary heft of later Roberta Flack releases and the soulful, “people come together” mindfulness of earlier Ben E. King. Just As I Am remains a standard in both genres and eras – and a must listen for any lover of music.

Withers wasted little time in releasing his next classic, 1972’s Still Bill, also for Sussex Records. Headlined by the timeless, anthemic “Lean on Me”, Still Bill also birthed hits such as the hard edged “Use Me” and the fan favorite “Who Is He? (and What Is He to You?)”. Still Bill leaned more into the rhythm and blues sound than its predecessor, utilizing infectious grooves, hard-hitting production and songs aimed squarely at the turmoil and strife inherent to all adult relationships. The result was a smash hit – Withers’ most popular record, and a sure-fire classic.

What makes Withers’ music so impactful ultimately comes down to his remarkable mix of talents, philosophies and undeniable feeling. A singular songwriting talent, Withers was able to craft highly enjoyable songs through a striking intelligence grounded in ardent simplicity. “I’m not a virtuoso, but I was able to write songs that people could identify with,” he famously told Rolling Stone in 2015.

Similarly, his voice – smooth and scorching like a shot of whiskey – was capable of bringing each and every song together in a way that consistently put their best foot forward. His lyrics were smart, his melodies were catchy and his musical accompaniments sealed the deal every time – allowing each recording to coalesce into something compelling, irresistible, and completely timeless.

However, the true glory of Withers’ music can be found in its perfect embodiment of black expression. It has long been said that the ultimate art of soul music is singing truth to power, and Withers did this with remarkable poise and clarity. Whether he was trying to bring people together on cuts like “Lean on Me,” or outwardly combatting the evils of his time on songs like “Better Off Dead” (about alcoholism) or “I Can’t Write Left Handed” (on Vietnam War vets), Withers’ music always served as a touchstone for what soul music was, is and ought to be – leading to a catalogue and legacy genuinely worthy of his greatest triumphs.

Withers’ impact on America’s black consciousness can also be seen through how he directly influenced countless artists over the last several decades. His work has been covered by Michael Jackson, Aretha Franklin, Jill Scott, Diana Ross and Gil Scott-Heron, among countless others. His work has been sampled by Tupac Shakur, Kanye West, DMX, Travis Scott and Kendrick Lamar (albeit illegally). And his works have appeared in countless TV shows and feature films – not the least of which was the beloved 1989 film Stand By Me starring Morgan Freeman. The result of this cultural ever-presence was the birth of a towering legacy – one duly earned and one that will forever remain a privilege to behold for all people, everywhere.

Rest in Peace to the great Bill Withers, 1938-2020. May his impact on the world never be forgotten.