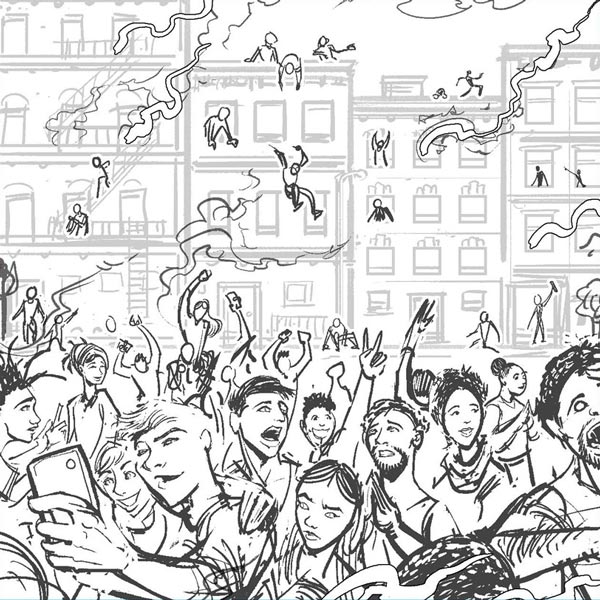 Donald Glover is a man of many talents, and a serious contender for one of the most fascinating celebrities out there. Whether he’s raising roofs as his music artist persona “Childish Gambino,” raising a rebellion as an actor in his role as Star Wars’ Lando Calrision or raising spirits as himself during his comedy tours, the spotlight never seems to stop shining on this jack of all trades.

This success can be attributed to a lot of things, but most importantly to Donald’s immense creativity and willingness to step outside of his comfort zone.

On March 22 Childish Gambino released his fourth studio album 3.15.20. The entire idea of the album seems to be simplicity, as the cover is full white with no markings of any kind, and a majority of the names of the tracks on the record are simply the timestamp within the album when they begin to play.

Of the few tracks that received a name, “Time” stands as a groovy landmark within the 58-minute adventure. Gambino’s elated auto-tuned vocals are accompanied by joyously carefree acoustic chords and retro synth pops. In contrast to the delightful tone of the composition, Gambino remarks on a world he fears may be crumbling down as he speaks, “Maybe the sky will fall down on tomorrow, but one thing’s for certain baby, we’re running out of time.” Upon revisiting the hook, a massive sounding choir begins to accompany Gambino, repeating his worries with robust harmony and power.

Midway through the track, Gambino hands the mic off to the effortlessly infectious voice of Ariana Grande, who smoothly replaces both him and the choir with her own illustrious vibrato. Grande is conflicted, trapped between her desires and the fear of the unknown, “Running after something, but I don’t know what I’m running to.” Grande states that she too is running out time before her voice is swiftly drowned out by jovial and squeaky acoustics that play on with the help of an underlying bass, capturing the soundscape for itself. Grande makes a final gasp for help before the choir mentioned previously returns, now more thunderous than ever, snuffing her voice out for good.

The choir voices begin to distort, reaching chipmunk soul levels of pitch alterations as they belt “Time, time, it’s all about the power.” Gambino returns to the track once more to battle with the choir as the synthesized drums and elongated chords stretch further beneath the melody. A serene piano rift enters the beautiful arrangement, adding to the high energy of the jamming choir before playing them out on a series of  somber keys. Crickets begin to chirp as strangely alien computer sounds whir and buzz before the six minute epic curtains.

Always on the hunt for a new sound, Donald Glover seems to have found a hit in this soul-pop bop. Whether or not it will be his next “Redbone” is unclear, with creative leaps always come risk, something that Childish Gambino is no doubt familiar with, that’s what makes his projects so interesting to explore. For better or worse, one thing can always be held true for Donald, and especially for Gambino, there’s never a dull moment with him.