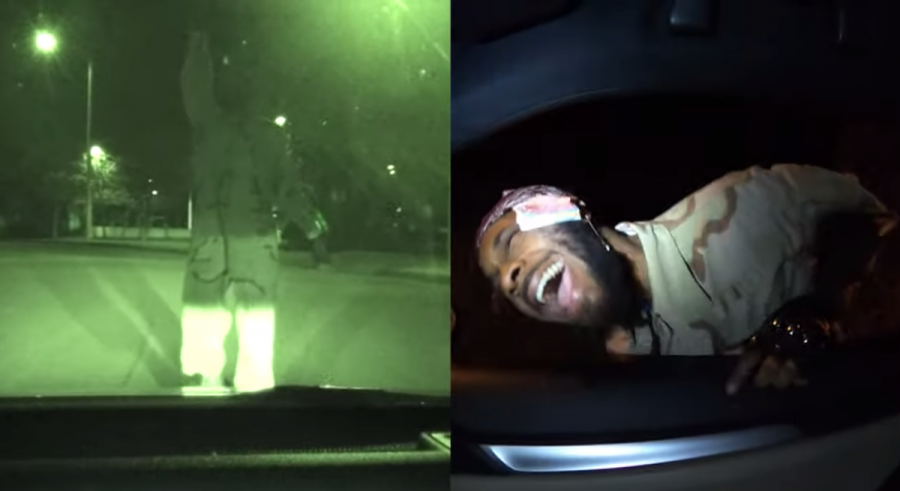 JPEGMAFIA has just released a new track, and it’s just as strange as you’d expect it to be.

The cut, “COVERED IN MONEY!”, was released on YouTube on March 19, but didn’t make it to major streaming platforms until Wednesday, March 25. The track follows another single that was recently released by the rapper/producer on February 20 titled “BALD!”

Fans of JPEGMAFIA should by now be well aware of his experimental nature as an artist. It’s a quality that defines his music: this untamed, internet-esque style of production. Of course he has songs that everyone can vibe to, but songs in his discography like “Real Nega” are sure to turn some of your more casual music fans off.

This song seems to be in the same vein as a track off of Veteran, as it creates a much more unpolished and abrasive sound, unlike All My Heroes Are Cornballs, which had smoother rhythms, and some singing from Peggy.

“COVERED IN MONEY!” starts with very odd synths that don’t have a uniform sound or rhythm to the naked ear. Peggy whispers indistinguishable lyrics in the back of these noises, making for quite an uncomfortable start. Before long the beat comes in and is equally as wild as the intro.

There are “ho hey” samples that play through certain parts of the track, cutting in and out to allowing the instrumental to shine. I might be wrong, but I think I hear a xylophone, or some type of similar percussion instrument that makes itself known in the beat. It’s a strange piece of music that you’re just going to have to listen to to get the full experience.

As for the lyrics, it’s a pretty standard braggadocios hip hop song, with of course JPEGMAFIA’s own twist. He talks about being covered in money, dressing in drag and feeling like Fort Knox.

The song calms down eventually and has a “part two,” as it is labeled on Genius. The second part of this track, which is only about a minute and a half, features Peggy singing with some autotune about somewhat of the same subject matter. The lyrics are clever, and the sweet autotune contrasts nicely with the first half. While the first section is the highlight, the back end is worth sticking around for.

In all honesty, I liked “BALD!” more, due to it’s revved up intro and catchy hook, but “COVERED IN MONEY!” contains some of the most unique elements to a hip hop song in recent memory, and for that reason it’s worth a listen. JPEGMAFIA has once again found a way to make his music a little better, and a little weirder, definitely check this one out.

Featured image is from the “COVERED IN MONEY!” music video; retrieved from Stereogum.