Glitz and Glamor | “Escape from LA” – The Weeknd 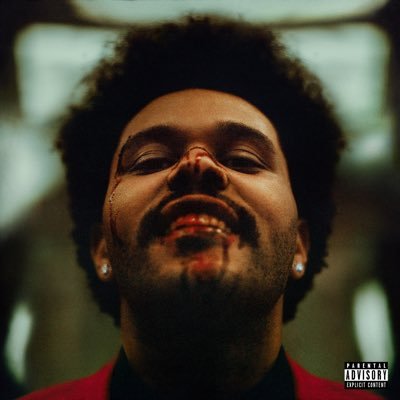 Unless you have been living under a rock for the past few weeks – or practicing some extreme social distancing – you’ve probably noticed a buzz around After Hours, The Weeknd’s new album. The buzz was aided in part by the single “Blinding Lights,” a ‘80s synthpop mega hit, as well as a Mercedes-Benz commercial of equal flash. The Weeknd had set the bar quite high for himself. The world was ready to see if Abel would be able to exceed the expectations his own work had given the mainstream audience.

After Hours was released on Friday, March 20, and while critics might still be digesting it, The Weeknd was successful in upholding the glitz and glamour of “Blinding Lights.”

Amid the more luminous tracks such as “Heartless” and “In Your Eyes,” we get moments of a darker afterglow. Songs that display a mood someone could only find in the early hours of the morning, long after the mystifying energy of the night life has faded away.

“Escape from LA” provides a reflective tenebrosity that acts as a sort of an oddly comforting rest stop on the road before entering into the overtly glossy three song ride through “Heartless,” “Faith” and “Blinding Lights,” providing the audience with a much needed moment of soothing calamity among the dazzling delirium.

This song placement is more than likely intentional as the track’s moody swings and shy piano riffs, combined with Abel’s message of feeling disenchanted with a city he strived to thrive in during his youth, is as seductively bleak as the album gets. Calling back to “Snowchild,” the braggadocious previous track where The Weeknd reminisced about California being his mission before admitting that he wished to leave, “Escape from LA” has The Weeknd describing his disturbed state of confusion with the city. As the muted 808s bump softly in the background of the high-pitched synths, The Weeknd states “This place is never what it seems / Take me out of LA.”

The Weeknd’s disconnected vocals are then drowned out by reversed hi-hats and synthetic bells that signal a change. The bells and high hats fade away as a siren softly wails before we enter an ill lit soundscape, with nothing but deep, bassy 808s and The Weeknd’s dejected lamentations about “A cold hearted bitch with no shame” to keep us company.

A synth wave harmonizes alongside The Weeknd’s pain filled whispers as the track fades into a strikingly meek finale. A stark contrast to the following rap/R&B-style banger “Heartless,” “Escape from LA” packs its nearly six minute runtime with enough addicting moody blues to satisfy that doom and gloom itch.

“Escape from LA” perfectly encapsulates the fame-induced zealous depression that comes with having it all, but not knowing if it’s truly what you desired in life. The track shows us that The Weeknd can be vulnerable as well as entertaining and that, maybe, diamond earrings and a sleek Mercedes aren’t the answer to all life’s problems.