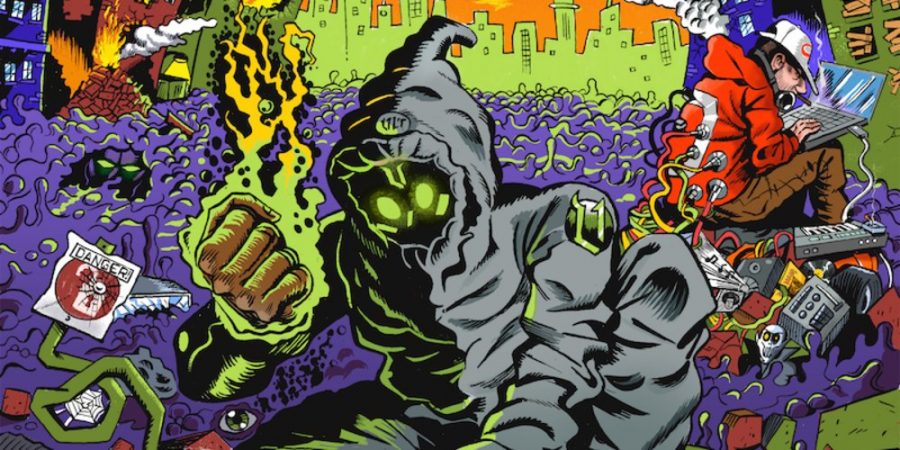 If you’ve been keeping track of Denzel Curry’s releases, you would know that he has more than superseded the talent and animosity he portrayed on “Ultimate,” his debut hit single. Denzel has distanced himself from “Ultimate” through releases such as his third full-length project TA13OO, which was an emotional deep dive into the complex and murky waters of Denzel’s psyche. The critically acclaimed three-layer project ranged from upbeat jazz-pop bangers like “CASH MANIAC” to frantic mosh pit catalysts such as “VENGEANCE.”

For his most recent project, UNLOCKED, Denzel collaborated with the highly praised Kenny Beats. The pair have worked together many times on his hit YouTube series “The Cave.”

Released a day after a fake Twitter beef between Curry and Kenny, UNLOCKED displays the duo at their absolute best. Denzel delivers some of his hardest and most entertaining freestyles over the grimy atmospheric production.

The tracks are interlaced with snippets of audio clips that harken back to Saturday morning cartoons and commercials. This adds a childlike element which provides the listener with a feeling of looking through a comic book. UNLOCKED is an absurdly addictive listen which helps to make up for its brief 18-minute runtime. Capped off with a bang(er), that just so happens to be my favorite track on the album.

“’Cosmic’ .m4a” begins with groggy, phased guitar chords weaved over muted kick drums. Both these elements are distorted to sound as if it’s being produced underwater, adding to the spacy, slightly psychedelic nature of the album.

Immediately following the Kenny Beats producer tag, Denzel jumps on the track, his flow more lively and confident than ever. Beneath Denzel’s clever punchlines and earworm bars are blink-and-you-miss-them audio clips. Comprised of bargain bin media productions and cartoonish sound effects, these samples add a layer of fun and uniqueness to the project.

Denzel’s freestyling prowess is put on full display as he interjects clever wordplay and obscure nerd-centric references into his stream of consciousness flow. An example of this can be found in the line “He shoot in VR we got guns in reality.” Roughly halfway through the song Denzel channels his more fiery, rage driven alter-ego Zeltron to help him add a punch and bark to his “roof” rhyme scheme. Declaring to the listeners with unrelenting furosity, “this is my throne my chair my stool.”

As Denzel’s voice fades out, the track transitions to a drawn-out instrumental. Kenny closes out the track with an old timey sample accompanied by high synths that snack back and forth between the listener’s ears. With this track both Denzel and Kenny prove that there is no genre, category, or style that can classify them.