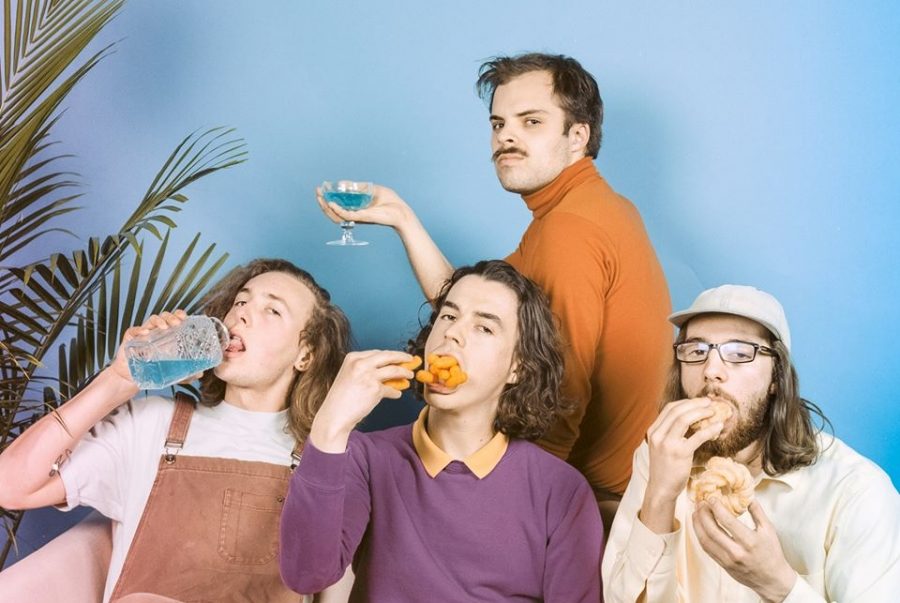 The song is the second single that will be featured on their sophomore album, coming out in a few months. Members Neil Smith, Christopher Vanderkooy, Peter Wilton, and Mikey Pascuzzi describe their sound as “chewed bubblegum pop,” but their easy sounding vocals and guitar-driven melodies would fit nicely in anyone’s playlist.

This melancholic yet catchy indie-pop track will probably have you feeling a little sentimental towards these every day inanimate objects. It’s bizarre, but after hearing Smith’s mellow vocals moping about having to see all of his ex’s stuff around, you can’t help but relive that post-breakup feeling.

Smith commented on the meaning behind the song. “‘Shampoo Bottles’” is a song about the stuff my ex-girlfriend left at my apartment after we broke up and how even after I’d used up all the soap in the bottle and the deodorant in the stick, I still didn’t throw them out for a while,” he said. “It shows how coping with a loss can make you do weird things.”

Almost everyone can resonate with the emotions and yearning in this catchy breakup bop. If for some reason you can’t, well, it still makes a good addition to those new springtime playlists.