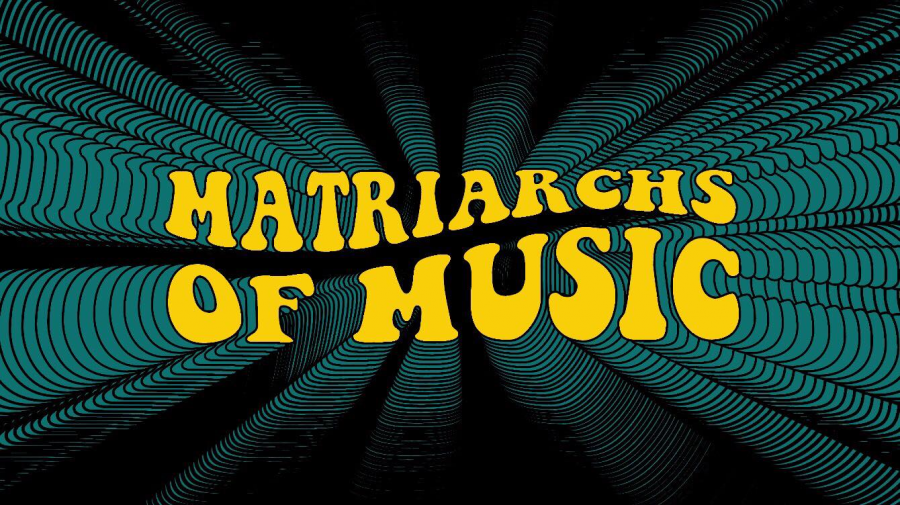 In September of 1988, MC Lyte released her first studio album Lyte as a Rock. The album marked the first time a female artist threw their hat into the realm of hip-hop in a major way.

Despite the overwhelming amount of subject matter in hip-hip being geared towards and created by men, Lyte as a Rock sold remarkably well, garnering an immense amount of praise from critics. However, few members of the hip-hop community acknowledged this achievement as anything more than a novelty.

For decades since MC Lyte’s career was jumpstarted, women have been entering the rap game and finding their own style, while at the same time building their own unique brand and image. Some of the most well known examples of this include (but are in no way limited to) Nicki Minaj, Gangsta Boo and Missy Elliott, all of whom found great success in their individual careers, but still weren’t given much consideration as members of the hip-hop community. This can largely be attributed to the male-dominated scene that refused to accept alternatives to the artists that worked as the originators of the art. This mentality left many new female artists to be seen as mere tokens of the industry.

Until very recently, this patriarchal mentality enveloped the majority of the hip-hop community and the genre as a whole. While the atmosphere has not changed drastically, that’s not to say that there hasn’t been significant progress towards women being more accepted in the hip-hop community. If we fast forward from the era of MC Lyte to 2019, we can observe a radical shift in the lineup of hip-hop artists that can be found topping the charts and encompassing a large portion of the hip-hop conversation.

In 2019 we saw the largest shift in the power dynamics of the hip-hop industry, with an entirely new catalog of women taking center stage and proving to the world that the winds of change were blowing. Among the many women who found success in the rap game during 2019, none feel more deserving of their newfound prosperity than politically charged hip-hop artist Rapsody, who found major success in her 10th album release during 2019. An outlier in the rap game, but in no doubt incredibly talented, Rico Nasty also leaped into the spotlight with the help of the internet and since 2019 has taken the web by storm.

What brought about this surge of female rappers breaking into the scene may have some connection to the state of hip-hop as a whole at the time. Long gone are the eras of gangster rap, boom bap and G-funk. With the massive influx of popularity of trap and “mumble rap,” there has gradually been a decrease in scrutiny of the lyrical content of  hip-hop songs being produced in recent years. This relaxation of the guidelines of what constitutes “true” hip-hop has allowed rappers of all shapes and sizes to entertain the masses.

To see the impact that female rappers who achieved massive exposure during 2019, we can look no farther than the 2019 XXL Freshman Class. The class featured three female MCs including Rico Nasty, Megan Thee Stallion and Tierra Whack.

A student at Texas Southern University as well as the first female rapper to sign to 300 Entertainment, Megan Thee Stallion has firmly established herself as someone who finds pride in going against the grain. This defiant attitude was plastered on every speck of content Megan Thee Stallion created for XXL. Megan’s cypher was met with universal acclaim, listed by many XXL fans as their favorite cypher in years.

Following her selection for the 2019 Freshman Class, Megan Thee Stallion released Fever, her fourth full-length project. A confident personality spectacle with fiery production complimented by Megan’s menacing flow, Fever received both critical praise and commercial success. Megan would continue her rise to stardom with the release of the smash hit “Hot Girl Summer,” a bouncy, hard-hitting girl power anthem with enough bad bitch energy to shake the rap game to its core. The popularity of “Hot Girl Summer” also gave rise to a massive Twitter trend of the same name, further skyrocketing Megan to new heights in her career.

I’d be remiss to not mention Rico Nasty’s more somber, but equally electrifying rise to the top of her class. Rico Nasty’s ballistic and off-the-wall style mimics an enraged metal frontman, which is about as appealing to the mass hip-hop community as it sounds. This unique and unapologetically counter-norm style wasn’t enough to stop Rico Nasty from breaking into the mainstream, something Rico achieved much to the help of her friend and frequent collaborator Doja Cat, who featured Rico on the hit song “Tia Tamara.” The success of which, in combination with her trending songs such as “Smack A Bitch,” propelled Rico into the XXL searchlight and landed her a spot on the 2019 XXL Freshman Class. This accomplishment proved to be momentus for Rico, who wasted no time establishing herself as the edgy, rage-filled dark side of the modern hip-hop up and comers.

Since the XXL Freshman Class of 2019, Rico has released her third full-length project Anger Management, a brutal, high-strung album that features the often disjointed and playful bangers of Kenny Beats production. The album has since received significant positive critical acclaim, and proved that Rico Nasty, while avant garde in nature, is an artist to keep an eye on.

On the opposite end of the hip-hop isle, we find the always cool and calculated Rapsody, a North Carolina native known for her politically charged albums that often tackle sensitive topics like the struggles women face around the world in the modern day. Such is the main focus of her most recent full length project Eve, released on Aug. 23, 2019. For her 10th full length project, Rapsody crafts a concept album that features a masterfully complex story told through the perspective of 16 different famous women of color. Featuring important historical figures such as Cleopatra and Sojourner Truth, Eve is a tour de force of fearless political stances and truth bombs that never fail to challenge the listeners perceptions of their society around them. Eve peaked at #76 on the Billboard Top 200 on Sep. 9, 2019, marking a career high for Rapsody, who shows no sign of stepping off the gas.

So the question remains: how do the women of hip-hop use this explosive year to catapult themselves to the forefront of the hip-hop culture? The answer is simple: keep being confident, unapologetic, and for some, keep the bad bitch energy at an all-time high. Despite only being two months into 2020, the unstoppable force that is the women of rap has kept chugging along, with notable hits such as the thumping bass and rapid-fire bars on “Boss Bitch” from the new Birds of Prey movie, or the cold 808s and brooding delivery by Nicki Minaj on “Yikes.” Needless to say, the future looks bright for the women of rap. The ball is finally in their court, and worldwide audiences are ready to see one hell of a show. So prepare to see what people mean when they say that girls rule the world.